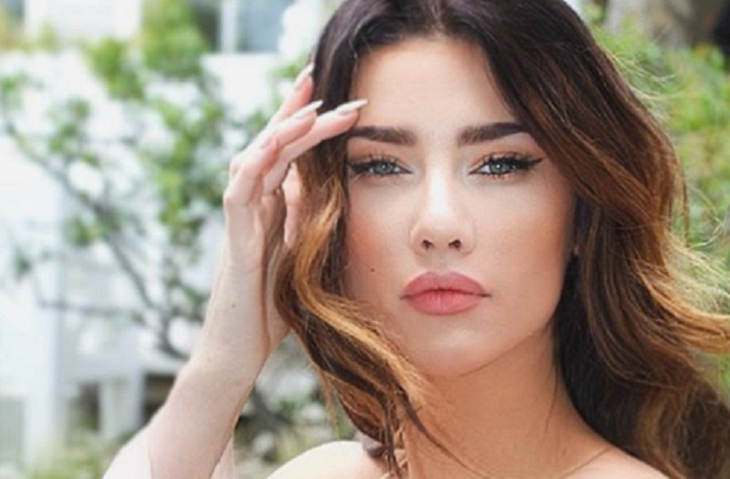 The Bold and the Beautiful (B&B) spoilers indicate that Jacqueline MacInnes Wood (Steffy Forrester) will soon be returning to the canvas very soon! The actress, who welcomed her son Rise Harlen back in March, will be back on set in the coming weeks. Here’s what you need to know.

Jacqueline has spent the last several months on her maternity leave with her new little bundle of joy. However, it looks like it’s time for this stunning actress to get back to work! Jacqueline revealed during an Instagram story on Wednesday morning that she will be returning to the set of The Bold and the Beautiful on May 23. How exciting!

B&B Spoilers– How Will Steffy Return To The Storyline?

Now, as far as what is in store for Steffy Forrester remains to be seen. Right now her on-again, off-again love Liam Spencer (Scott Clifton) is visiting her in Paris. And while the exes are bonding with their two daughters in the City of Love, trouble might be brewing back at home.

That’s because Steffy’s brother Thomas Forrester (Matthew Atkinson) is putting the moves on Liam’s wife, Hope Logan (Annika Noelle). Apparently, Thomas is doing everything he can to try and split Hope and Liam up. He wants Hope to be with him and his son Douglas Forrester (Henry Joseph Samiri) while hoping that Liam gets back together with Steffy, for the sake of their two daughters.

Now, as much as everyone has been pushing Liam to raise his family with Steffy, he’s not about to let go of Hope just yet! The Bold and the Beautiful spoilers indicate that a huge fight will be brewing between Thomas and Liam in the coming weeks. It looks like Jacqueline picked a perfect time to come back to the show, right? We can’t wait to see her in action again. Of course, fans will simply have to tune in to find out what’s in store for her.

For now, Jacqueline is spending every moment she has with her son Rise. We have a feeling that the tot will be making plenty of appearances behind the scenes at the CBS studios with his famous mother!