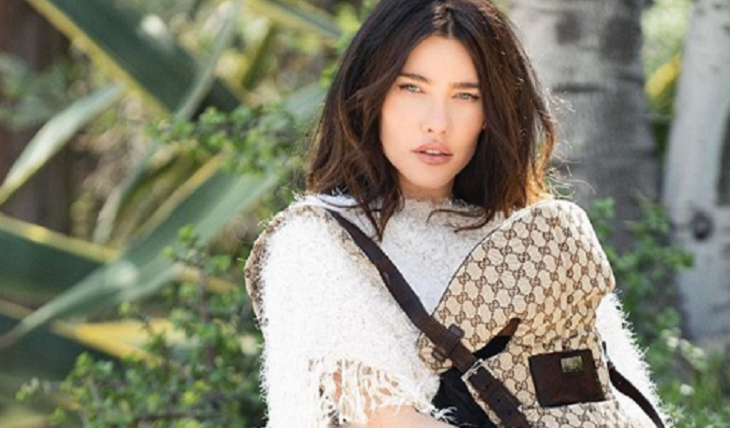 The Bold and the Beautiful (B&B) star Jacqueline MacInnes Wood (Steffy Forrester) talks motherhood, her big Daytime Emmy win, and what her fans mean to her.  She gave a candid look at what life is like for as a new mother.  Plus, she revealed that it’s time for Steffy to have a new love and get off this horrific crazy train of chasing Liam Spencer (Scott Clifton).  Here’s what she had to say.

The B&B star said that when she first found out she was pregnant, she knew that they would name their child Rise.  It just made perfect sense. She added that it would remind him that no matter what happens in life, he can rise above it.

Wood shared a story about the first time she gave Rise a bath at home.  She recalled just getting home and deciding not to use the infant baby tub. Instead, she decided to put a little water in her bathtub and get in the water with him.

As soon as they got into the water, Rise pooped all over the place.  She recalls feeling overwhelmed by it. As a new mom, she wasn’t sure if she should clean herself or Rise first.  She ended up standing up and showering them both off.

Another Rise story she told involved her Emmy gown. The B&B star carefully picked out her dress for the big night, like many of the daytime actresses. Just before leaving to go to the ceremony, she decided to feed Rise.

Who’s ready for Steffy to be back on #TheBoldandTheBeautiful ?!? What would you like to see happen to her? #storyline

She changed into her gown and picked her little one to say goodbye and hand him over to her nanny. Just then the baby spits up all over her dress. She had to quickly change into a new gown. So, the dress she wore, she wasn’t planned. And, she admitted it didn’t fit her the way she wanted it too, either.

Wood said that she was so surprised that she won Best Lead Actress on Sunday, May 5.  She expected another actor to win, but she is thrilled that she was recognized for all her hard work. She thinks one of the reasons that she won is the growth she showed as an actress and displayed for Steffy on the CBS soap opera.

As for Steffy, she is hoping she finally gets a new love and leaves Liam in the past.  She thinks that their love is over and it’s time for Steffy to get involved with a mature man.

It sounds like she is doing well and is handling work and a newborn effortlessly.  Watch the interviews below and don’t forget to come back to Hollywood Hiccups for all your Bold and the Beautiful (B&B) spoilers, news, and casting updates!