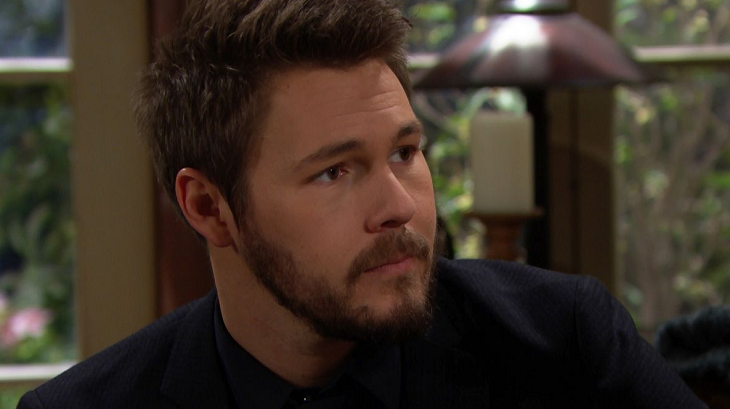 The Bold and the Beautiful (B&B) spoilers tease that Thomas Forrester (Matthew Atkinson) is in for a big surprise. He has been steadily working on Hope Spencer (Annika Noelle), trying to get her to fall for him and leave Liam Spencer (Scott Clifton). Thomas has had his eye on the prize this whole time, but he hasn’t given much thought to how Liam will ultimately react to his scheme.

Of course, B&B viewers know that Thomas got rid of Liam by getting Hope to insist that Liam go to Paris to visit Steffy Forrester (Jacqueline MacInnes Wood) and the girls. He probably figured that Liam would be away for a while, giving him plenty of time to secure Hope and get her away from Liam.

But Thomas made one big mistake: He shared his devious plot with Sally Spectra (Courtney Hope), who ultimately was forced to tell Wyatt Spencer (Darin Brooks) about what Thomas was up to regarding Hope. A horrified Wyatt immediately called Liam in Paris and filled him in on what Thomas was doing.

According to B&B spoilers, Liam will race home from Paris to put a stop to what Thomas is doing with Hope. He’ll be livid that Thomas is playing on a vulnerable Hope’s fears, and he’ll rush to Forrester Creations after getting off the plane to check on Hope and make sure she’s ok. Of course, Thomas has done some serious work on Hope, making her doubt whether she should be with Liam, so Hope will be in a weird place when Liam finds her.

The Bold And The Beautiful Spoilers: Bridge Battle Over Hope– Brooke Learns Of Thomas’s Intentions

And soon, Liam will encounter Thomas, and the sparks will fly! According to B&B spoilers, Liam will lay into Thomas and blast him for his scheme to undermine his marriage, and Thomas will be stunned by the scene. He certainly wasn’t expecting Liam to find out about his plot, nor will he expect this kind of fury from Liam of all people.

BOLD Spoilers– Liam Draws A Line In The Sand

But Liam will be clear that Hope is HIS wife and that Thomas’ manipulations will stop RIGHT NOW. It will be interesting to see how Thomas handles the situation, given that he’ll be totally busted. While he may be stunned at first, it looks like Thomas will soon find his voice, and the two men will square off.

Brooke and Ridge disagree on what the best path for their children would be. WATCH FULL EPISODE: https://t.co/5N4tKNXG32 #BoldandBeautiful pic.twitter.com/xMIBHK7pCj

Thomas may outright admit what he was doing, along with his view that Liam belongs with Steffy, Kelly Spencer (Chloe Teperman and Zoe Pennington), and Phoebe Forrester (Isabella de Armas and Rosalind Aune). That should lead to quite the argument. Are you looking forward to watching Liam and Thomas duke it out?