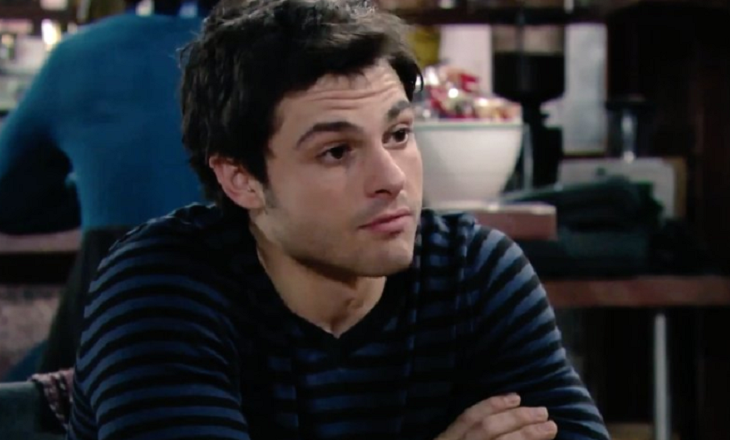 The Young and the Restless (Y&R) star Zach Tinker, the actor who plays Fenmore Baldwin on the CBS soap opera,  updated fans of his new project. He also revealed information on his Y&R contract status and talked about someone special in his life.  Here’s what you need to know about this exciting interview with TV Source Magazine.

Tinker said that he has two new projects in the works. Even though he’s been busy on other projects, we shouldn’t count Fen out at Y&R.

“I did a movie called Saturday At The Starlight, I’m not sure of the exact release date but a bunch of really talented people are in it — Denise Richards, Booboo Stewart, Abigail Breslin,’ Tinker said.  “A lot of amazing people are in it! It’s a really quirky, prom night comedy that I’m in love with.”

The Young And The Restless POLL: How Long Has Victor Known That Adam Never Died? Vote Now~

Zach continued, “I did a pilot with my friend Jake called Flat Dad about a couple who have a kid at about eighteen. My character runs away and comes back into the kid’s life ten years later. I have a short that I did years ago but it just got released called Star of Eros. Which just got nominated for an award at UTA.”

While Tinker hasn’t been on the soap opera lately, he confirms that his character is not gone.  He noted that Fen is out trying to make a name for himself and get his music out there.  And, he will return soon.

Zach says that he has someone special in his life. He said that they have a great relationship and he’s so happy he met her.  One thing he did not say or confirm is the identity of his mystery woman.  For now, the Y&R fans will have to wonder until he’s ready to make it public knowledge.

It sounds like Fen will have a storyline soon.  Do you miss seeing Fen on Y&R?  Are you happy he’s not going anywhere?  Don’t forget to come back to Hollywood Hiccups for more The Young and the Restless (Y&R) spoilers, news, and casting updates!