The Young And The Restless Spoilers: Thursday, May 9 – Lola Learns Mia Attacked Her – Summer Makes Trouble For Kyle At Jabot – Ana And Mariah Clash 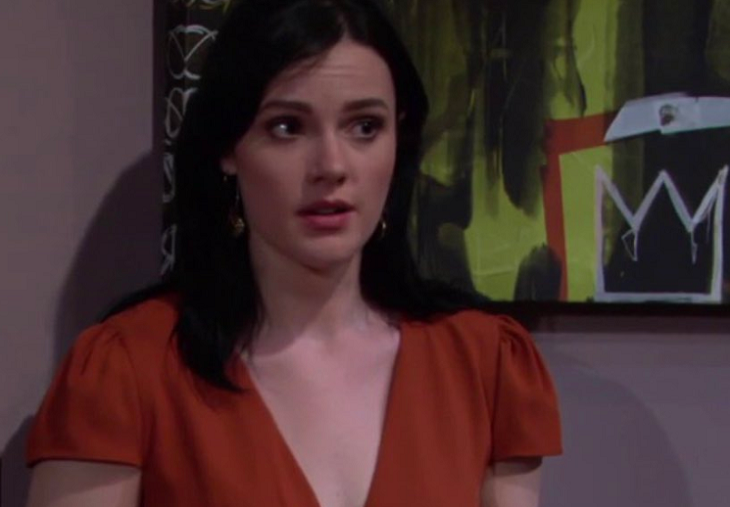 The Young and the Restless (Y&R) spoilers for Thursday, May 9, tease that Jack Abbott (Peter Bergman) and Lauren Baldwin (Tracey E. Bregman) will discuss current goings-on, including the fact that Kyle Abbott (Michael Mealor) and Summer Newman (Hunter King) are currently in NYC meeting with an influencer.

Lauren will be interested to know that Jack turned down Phyllis Summers’ (Gina Tognoni) business proposition, and she’ll think that he let personal feelings get in the way of his decision. Jack will agree to reconsider, but no promises. They’ll discuss Dina Mergeron’s (Marla Adams) condition a bit, too, and Jack will relay that she now has to wear a GPS bracelet.

Meanwhile, in NYC, Summer and Kyle will meet with “Theo” (Tyler Johnson) about their marketing strategy, and he’ll notice their chemistry. Theo will invite Summer and Kyle out to a club, but Kyle will refuse, and Summer will be displeased.

Next on Y&R, Tessa Porter (Cait Fairbanks) and Mariah Copeland (Camryn Grimes) will chat. Tessa will want to know why Mariah didn’t want to scare off the stalker, and Mariah will put off the question without answering. Ana Hamilton (Loren Lott) will arrive but won’t be happy with Mariah sticking around; they’ve got to discuss Tessa’s new look.

Our #WCW this week is the stunning @_Brytni. ❤️ Do you think Elena is a good match for Devon? #YR pic.twitter.com/BbfhdI4fBi

Mariah will pooh-pooh all of Ana’s suggestions for Tessa’s new look/brand, and Ana won’t like Mariah’s suggestion that Tessa promotes the Jabot Collective. Afterward, Tessa will be irritated with Mariah.

Next on Y&R, at Society, Arturo Rosales (Jason Canela) will tell Lola Rosales (Sasha Calle) that he and Mia Rosales (Noemi Gonzalez) are going back to Miami, and as they argue about that, Arturo will remark that if the baby isn’t his, then he’ll send Mia to jail. Lola will then guess that Mia was her attacker. Arturo will try to deny it, but Lola will know the truth.

The Young And The Restless Spoilers: No More Baby For Mama Mia! Does Her Arrest Cause A Miscarriage?

Next on Y&R, at Crimson Lights, Tessa will tell Mariah that her constructive advice can be annoying, and Mariah will admit that she’s afraid that if Tessa becomes a star, then there will be nothing left for her. Tessa will reassure her.

Y&R Spoilers– Ana And Mariah Clash In A Big Way

Next on Y&R, at Devon’s place, Ana and Devon will chat about Mariah’s big mouth, and Ana will tell Devon that Michael Baldwin (Christian LeBlanc) wants to talk to him about Neil’s will. Ana will leave and Devon will snooze until Elena Dawson (Brytni Sarpy) arrives. Devon will apologize for kissing her and explain that he was dreaming before the kiss. They’ll agree to go to dinner.

Back at Jabot, Summer and Kyle will be home from their trip, updating Jack on their meeting with Theo. Kyle will leave, but Summer will protest that he should be putting his work before Lola. Summer will then get a call from Theo, who will be flying into Genoa City tonight with a client for them.

Summer will deviously complain to Jack that Kyle left when Theo’s on his way, and Jack will be displeased with Kyle. Summer will be pleased that she’s made trouble for Kyle and pitted his work against Lola.

Next on Y&R, in Chancellor Park, Mia will meet up with Arturo. Mia will be peeved that Arturo told Lola about the attack, and Arturo will worry about Rey Rosales’ (Jordi Vilasuso) reaction to all of this. Arturo will say that only Lola can press charges and that she will listen to him.

Finally, back at Society, Lola will tell Abby not to report Mia. She’s got her reasons, and she doesn’t want her niece or nephew to be born behind bars. She’ll tell Abby that Arturo and Mia are planning to leave Genoa City together, and ultimately Abby will agree to Lola’s request. Then Kyle will arrive and sense that something is wrong, but he’ll say that whatever it is, they will get through it together.