Days Of Our Lives Spoilers For Friday, May 10: Eve Gives Haley An Ultimatum–Xander Complicates Nicole’s Life 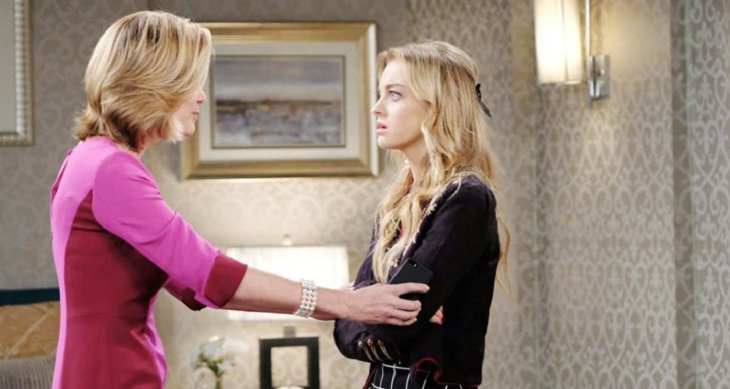 It begins with Eve giving Haley an ultimatum. Claire Brady (Olivia Rose Keegan) delivered some interesting intel to Eve, which has now threatened Haley’s future in Salem. Of course, Claire has pretended this entire time that she was okay with seeing Tripp Dalton (Lucas Adams) pretend to be Haley’s fake husband so she can obtain her green card and stay in the country legally.

However, Claire is not going to wait several years for that to happen. That’s why she has taken matters into her own hands and with Eve’s help, she wants to put Haley back where she belongs, and that’s on a one-way flight to China.

DOOL Spoilers– Things Are Tense Between Eric And Nicole

Elsewhere, Nicole will continue to rebuff Eric. Even though he was left in tears when he first saw that she was alive and well, things just aren’t the same between them. It sure hasn’t helped that Eric’s feelings for Sarah Horton (Linsey Godfrey) has made things difficult for him to decide and now he doesn’t know what he wants.

But for Nicole, it appears as though she’s already made up her mind. She’s thinking about her future and unfortunately, Eric doesn’t have a role in it.

Days of Our Lives spoilers indicate Xander will walk in on Brady comforting Nicole. Even though Brady has been pinning for Chloe Lane (Nadia Bjorlin) these last several weeks, he still has some feelings left over for Nicole. Plus, she is in a very vulnerable state of mind.

Xander, however, has even more surprises up his sleeve, which will result in nothing but heartache for Nicole. Xander is still holding a huge grudge against her and is hiding some key information from her. Once Nicole Walker kinds out that Xander is responsible for the accident that supposedly killed Holly, sparks will fly.