General Hospital Spoilers: Laura And Curtis Lean On Each Other– Join Forces To Find Ryan? 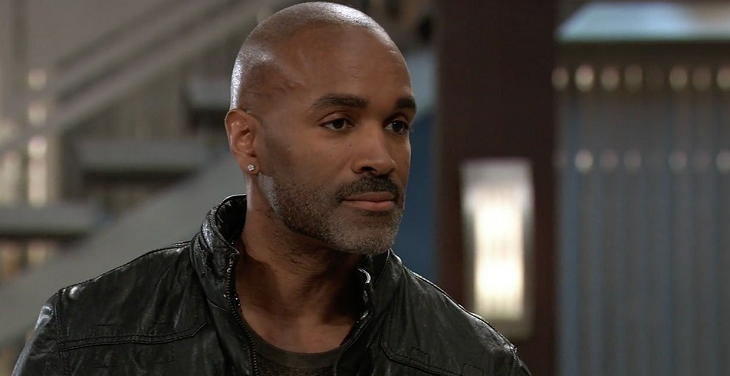 So far, all that has been found of him is a hand, which Canadian forensic teams determined had been amputated pre-mortem (from a live person) and by fingerprints, determined it was Ryan’s hand. No other trace had been found.

GH Spoilers– Can Ava And Kevin Bring Ryan Out Of Hiding?

Laura, Kevin, Ava Jerome (Maura West), and Mac and Felicia Scorpio (John J. York, Kristina Wagner) held a “funeral” and buried the hand. Curtis, in the meanwhile, had found out a pharmacy in the Niagara Falls area had been burglarized on the night that Ryan took the dive off the footbridge over the Niagara River, and items were stolen that pertained to the amputation of a limb, in this case just a hand.

Lulu Falconeri (Emme Rylan) was also there, and live-streamed it on “The Invader” website which showed Ava and Kevin nuzzling up on each other like they were involved, which is precisely what they want Ryan to think, so he’ll get jealous and come to Port Charles to break it up!

Curtis also found out that a woman with a foreign accent had tried to hire a vagrant to burglarize the pharmacy for her, so Ryan apparently had a helper, which other General Hospital spoilers tease could be either Liesl Obrecht (Kathleen Gati), who probably had an alibi or Alex Marick (Finola Hughes) who was supposed to be in prison at the time, and in addition had been blind at the time so it couldn’t have been her.

"With all due respect, this isn't my first Rodeo" -Laura

Best #GH line in forever! And Curtis you are cute.. but clueless.. lol..step aside and let the woman be the kick a$$,intelligent, fearless, tenacious… person she has ALWAYS been! Hallelujah! #OurGH #GH56 #GenieIsGH pic.twitter.com/kaE8JQ33kV

It’s possible that Laura and Curtis agree to team up in the search for Ryan, even though other General Hospital spoilers tease that Robert Scorpio (Tristan Rogers) and she may team up as well for the same reason.

Other General Hospital spoilers for May sweeps tease that Ryan will show up in Port Charles during May, they may have gotten themselves into a predicament of being locked in a room by him as Laura and Kevin did at Ferncliff!

Stay tuned to General Hospital and keep checking GH spoilers frequently for all the latest news, updates, and new spoilers!  As always, more detailed spoilers and a full collection of pictures for the week in question will appear on Soap Opera Spy, where there will be more clues and hints over exactly what’s going on.