The Young And The Restless Poll: Mia’s Genoa City Run Ending – Will She Leave GC Or Go To Jail? Vote Now! 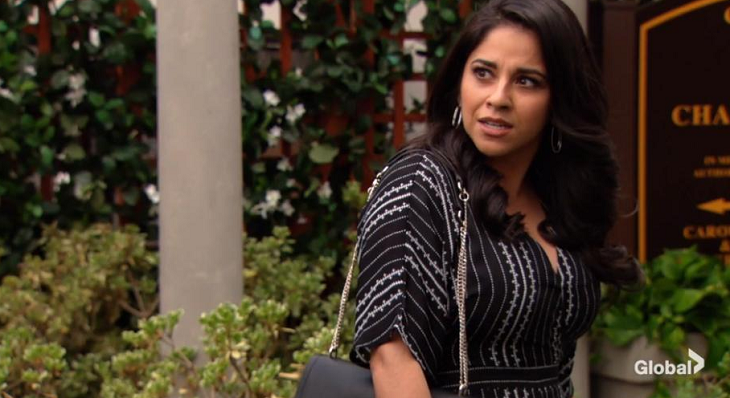 The Young and the Restless (Y&R) spoilers tease that Arturo Rosales’ (Jason Canela) warning to Mia Rosales (Noemi Gonzalez) about the crime she committed signals the end. Y&R fans know that both Gonzalez and Canela are no longer part of the cast, so the audience has been waiting to see how the writing staff wraps their storylines.

The Marturo pairing builds off literal old school history, as Mia and Arturo were initially in love with each other when they were young. Rey was Mia’s second choice and first husband.

The rage Mia exhibited toward Abturo proved telling. Mrs. Rosales simply could not stand the fact that Arturo loved Abby Newman (Melissa Ordway). She was determined to stop that proposed marriage and succeeded.

It was revealed that Abby plotted her wedding date with Arturo as approximately one year away from the initial engagement announcement. That choice translated to extreme caution.

Ordway’s character has matured through the years and had no problem ending matters with Arturo, even suggesting that he should be with Mia. Meanwhile, Mia has been more strongly considering re-coupling with Arturo.

However, Mia committed a crime against Lola Rosales (Sasha Calle) that far too many people know, or will know about. Lola was her unintended target, but that means nothing where Paul Williams’ (Doug Davidson) pursuit of legal charges is concerned.

Young And Restless Spoilers– How Will Mia Exit?

Lola was struck on the head from behind last winter aside of Abbott’s pool. She fell, literally, as well as into a coma. Mia will be brought to justice, or allowed to escape, as Rey still appears willing to allow. This situation seems to be the strongest plot path out for Gonzales’ character.

Cast changes in daytime are common. The need to provide fresh plots with rotating storylines means that various actors will come and go. Such is the case with Gonzalez and Canela, both of whom are solid performers.

The Rosales’ represents an entirely new family in this Wisconsin city. Arturo was introduced first, as he debuted last year. Mia became the fourth and to this point, final Rosales to move to GC. Gonzalez played the part that was provided to the hilt. Mia is compelling because she’s unpredictable.

Here’s hoping that Gonzalez and Canela return in the future, as there is surely more plot for each of their characters to play.  Please vote in our poll below and let us know how you think Mia and Arturo will exit Genoa City! And as always, don’t forget to check back with Hollywood Hiccups for all the latest news, updates and spoilers on The Young and the Restless (Y&R)and all of your favorite daytime television shows right here!