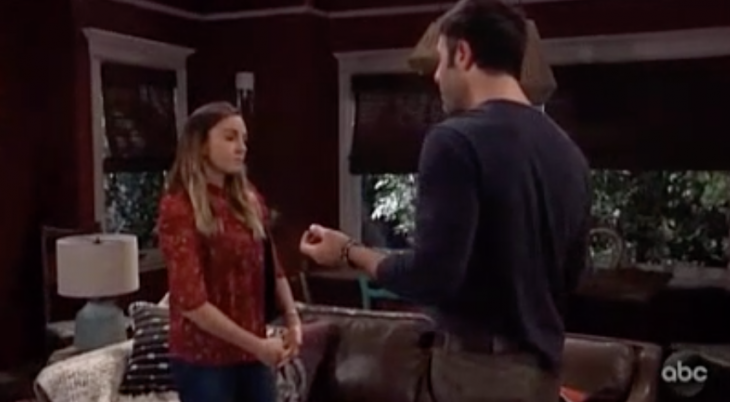 Welcome to your Friday, May 10 General Hospital recap! We begin our day at General Hospital, where Jordan Ashford (Brianne Nicole Henry) is working on her laptop when Hamilton Fin (Michael Easton) walks in. He says it’s about time for her to take a leave of absence, but she refuses. Finn says that she really needs to relax until she gets a new kidney. TJ Ashford (Tajh Bellow) overhears and says that its great news.

In Toronto, Laura Spencer (Genie Francis) and Curtis Ashford (Donnell Turner) are on the hunt for clues about Ryan Chamberlain’s (Jon Lindstrom) whereabouts.

At Charlie’s Pub, Ava Jerome (Maura West) and Kevin Chamberlain (Jon Lindstrom) are discussing whether to let her brother Julian Jerome (William DeVry) in on their plan. Ava says they need to continue to make people think they are in a relationship.

In Paris, Peter August (Wes Ramsey) and Maxie Scorpio (Kirsten Storms) have arrived at their hotel room in Paris. They are eager to go out and explore. Maxie and Peter have wine while they discuss what the next part of their trip will be.

At Alexis Davis’s (Nancy Lee Grahn) house, she is leaving a voicemail for Kristina Davis (Lexi Ainsworth) when Sonny Corinthos (Maurice Bernard) arrives at her door. He says he wants to check on Kristina, but Alexis says Kristina is not there. Alexis says she is going to get her job back and Sonny thinks she went right back to the Dawn of Day house. Dr. Neil (Joe Flanigan) arrives and Alexis asks his opinion on the matter. 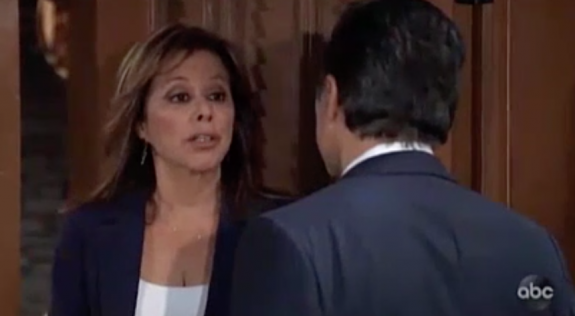 Kristian Davis (Lexi Ainsworth) is standing at the Dawn of Day doorway when Shiloh Archer (Coby Ryan McLaughlin) approaches. He says he had a feeling that today would be the day he would see her again. Shiloh asks Kristina if she would like some tea, she says no and she won’t be coming back to Dawn of Day.

TJ Ashford and Dr. Finn discuss the process Jordan needs to go through before a kidney transplant can happen. TJ asks his mom how she is feeling – she says not too bad. Jordan tells TJ that he must keep it a secret, but Curtis is searching for Ryan in Canada.

Curtis Ashford and Laura Spencer are on the trail of who stole the drugs that Ryan eventually got his hands on. Curts is surprised that Laura is personally involved in the hunt for Ryan. He mentions that Ava is spending a lot of time with Kevin and must be making her uncomfortable.

Curtis figures out the plan that Laura, Ava, and Kevin came up with to lure Ryan from hiding. 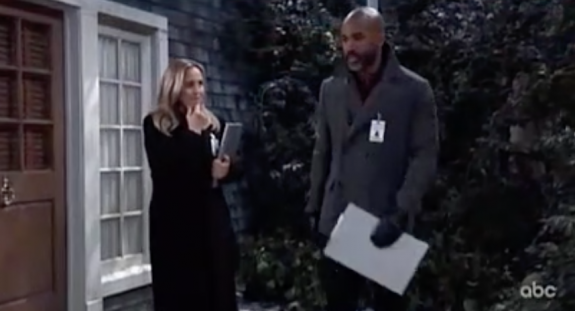 Ava wonders why Kevin is constantly on his phone, he says he’s waiting for a call. He may be an organ donor for Jordan Ashford. Kevin says that Ryan would be angry if he knew he was going to be an organ donor for the cop who was after him. Ava decides to do a selfie with Kevin and they kiss. They share the photo on social media.

At the hospital, Kevin finds out that he’s prediabetic and won’t be able to her donor.

Kevin feels bad that he cannot save Jordan and Ava comforts him. She tries to kiss him again as he flinches away from her. Finn tells Jordan the bad news that Kevin will not be able to help her.

Shiloh has moved all the pledges to a safe location away from the DOD house. Kristina tells Sonny and Alexis that she went by the DOD house and told Shiloh off.

In Paris, Maxie finds Laura and Curtis and invites them to hang out just as Peter was starting a romantic date. Shiloh tells someone on the phone that he has Kristina’s pledge and will use it when he needs it…..flash to preview