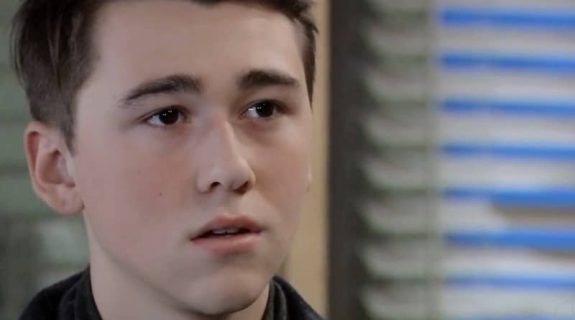 Garren Stitt finally said goodbye to the viewers of “General Hospital” after the touching and emotional episode featuring the death of his character.

Garren Stitt Got The Role In 2017 After A Recast

Oscar Nero was originally portrayed by Rio Mangini on June 23 and 26, 2017. Mangini had to leave “General Hospital” after being casted on the Netflix comedy “Everything Sucks.” The network decided to recast the role and Stitt was chosen to play the part.

He debuted on July 07, 2017 and portrayed the role until May 2019. During this period, Stitt earned a nomination in the Younger Actor category at the 46th Annual Daytime Emmy Awards this year.

Oscar’s passing has spurred different reactions among viewers of “General Hospital.” There were those who warmed up to having him and his mother in Port Charles. Some used the hashtag “OscarIsDeadParty” to celebrate the character’s death.

There are also a few who took to Twitter to express their fear that the Oscar and Josslyn Jacks (Eden McCoy) would be compared to Robin and Stone’s storyline in the past. Some said the show didn’t invest on Oscar’s character and that’s why they were not that affected with his death.

Oscars Death Was A Major Tearjerker

Elsewhere, fans of “General Hospital” said the episode when Oscar died was a major tearjerker. There were also some who praised McCoy and Stitt for their impeccable performance. Regardless if it was a hit or a miss, May 1’s episode might not be the last time viewers get to see Stitt on “General Hospital.”

Stitt has been sharing a lot of behind the scenes clips of him returning to the Prospect Studios. Could this mean Oscar will reappear as a ghost? Or maybe in a dream?

On a more personal note, Stitt, who is a native from Virginia, has been regularly booking roles since 2011. In 2013, he was cast in the film “Bukowski,” which was directed by James Franco.

In 2014, he was on the Nickelodeon show, “Nicky, Ricky, Dicky, and Dawn” as Connor. He also took on a recurring role as Marty in Disney Channel’s “Andi Mack.” He is not just an actor but a singer as well. He started releasing his music on Spotify in 2018 under the name Garren Lake.