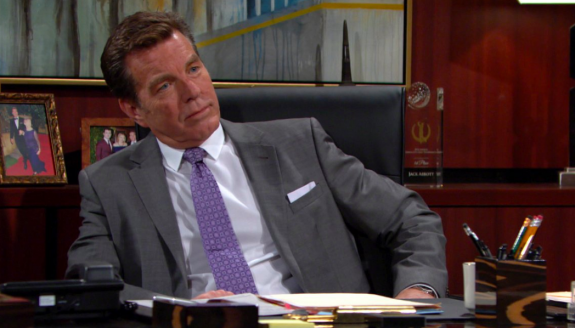 The Young and the Restless (Y&R) spoilers for the week of May 13 tease a huge shocker will stun everyone in Genoa City. Adam Newman (Mark Grossman) will return home and his arrival will stun everyone who knew him. Also, Rey Rosales (Jordi Vilasuso) will demand Mia Rosales (Noemi Gonzalez) take a paternity test.

Y&R Spoilers: Billy Abbott And Victoria Newman  Make A Decision About Their Relationship

By the end of the week, Billy Abbott (Jason Thompson) and Victoria Newman (Amelia Heinle) will make a decision on their relationship. Here’s what you need to know about what’s coming up ahead on Y&R.

While Adam does not remember Sharon Newman (Sharon Case), he agreed to come back to Genoa City. Y&R spoilers state that Victor Newman (Eric Braeden) remains hopeful that he can find a way to reach his son.

Young And The Restless Spoilers: Jack Abbott Will Catch Up With Adam

Nick Newman (Joshua Morrow), on the other hand, fears that Adam is scamming his dad. He thinks that he is faking his memory loss to get out of the prison sentence. Last time Adam was on the show in 2016, Victor had helped him escape prison to run away with his wife Chelsea Newman (Melissa Claire Egan). The cabin exploded after Chloe Mitchell broke a gas pipe.

Y&R spoilers that while Mia is in the hospital for stomach pain, Rey demands she finally figure out if he or Arturo Rosales (Jason Canela) is the baby daddy. At first, Mia will protest as she isn’t ready to find out the identity of her baby’s dad. But, the truth will come out next week. Gonzalez and Canela’s exit is fast approaching.

Michael Baldwin (Christian LeBlanc) offers Phyllis Abbott (Gina Tognoni) some legal advice. He will let her know that stealing Jabot ideas is against the law. Y&R spoilers state Michael advises her to be careful as she could find herself in legal trouble.

And on Friday, Victoria and Billy make a decision about their relationship. They have been trying to take things slow. Billy made his intentions known –he wants to remarry Victoria.

This week, Billy will work to keep Victoria safe from Adam. He worries that Adam could have an ulterior motive. His concern moves his ex-wife. Will she agree to walk down the aisle again?