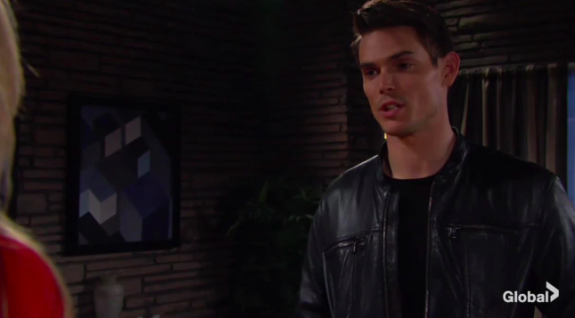 The Young and the Restless (Y&R) spoilers tease there are some very exciting casting changes that will shake up the CBS soap opera. With Neil Winters’ (Kristoff St. John) death and Lily Ashby’s (Christel Khalil) move to get a fresh start, there wasn’t much of storyline for the Asby’s twins — Maddie (Lexi Stevenson) and Charlie (Noah Alexander Gerry) Ashby left.

Lily left to get a fresh start teaching at the prison, the twins didn’t have much of storyline. Y&R spoilers are clear that Lily wants a divorce from Cane Ashby (Daniel Goddard). She doesn’t trust him, as much as she loves him.

On Wednesday’s episode, Cane mentioned to Traci Abbott (Beth Maitland( that the twins left for college and the will be back soon. He said that the house is so quiet without them and he isn’t sure what his purpose is without being a dad or husband. That’s when she urged him to focus on bettering himself.

After the episode, the Y&R spoilers revealed that Lexi Stevenson and Noah Alexander Gerry have been dropped to recurring status. So, we’ll rarely see them in the weeks ahead.

The Young And The Restless Spoilers: Adam And Nick Fight For Christian–Victor Put In The Middle

After waiting for this moment for what seems decades, Adam Newman (Mark Grossman) will finally make his return home. His first airdate is Monday, May 13. He will appear in scenes with Sharon Newman (Sharon Case) and Victor Newman (Eric Braeden).

Next month, Chelsea Newman (Melissa Claire Egan) will return on the scene. Apparently, she will come back for her husband, although her exact storyline is being kept under wraps. The Y&R fans are anxious to see how the writers work around her money laundry scheme with Fenmores. If she returns, she could end up in jail. And honestly, why would they have her return on contract, just to send her to prison.

In other Y&R news, the word on social media is Chloe Mitchell (Elizabeth Hendrickson) will check back in. It sounds like she may return to Genoa City with Kevin Fisher (Greg Rikaart), who is expected to come on the canvas in mid-June.

At this point, there is no word on Gloria Bardwell (Judith Chapman) return. Many expect it to come out soon, with so many people coming back to the show.