‘The Bold and the Beautiful’ Spoilers: Liam Knocks Down New Enemy – Thomas Gets Back Up 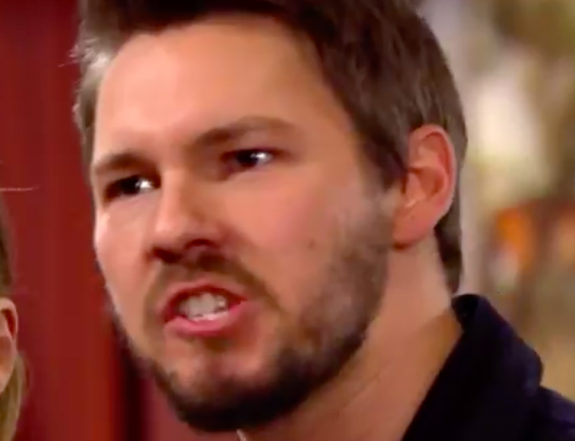 The Bold and the Beautiful spoilers tease that Liam Spencer’s (Scott Clifton) return to Los Angeles, California, is immediately followed by a verbal knockdown punch. Thomas Forrester (Matthew Atkinson) gets back up, however, and will continue to fight for the woman he claims he’s never stopped loving.

Hope Spencer (Annika Noelle) told Thomas no. She recoiled after he leaned in and kissed her at Brooke Logan-Forrester’s (Katherine Kelly Lang) palatial mansion. That setting’s external shots are strikingly beautiful, as B&B fans know.

Sally Spectra’s (Courtney Hope) coerced tell to Wyatt Spencer (Darin Brooks) about Thomas’ somewhat understandable, but surely misguided plan, resulted in an overseas phone call to Liam. That old school telecommunications term was used to reinforce the bold act of Clifton’s character getting on a plane and flying across the Atlantic Ocean, from Paris, France, in order to defend what he and Hope share.

Bold And The Beautiful Spoilers: Thomas Forrester’s Arrival Timing Was Off

Thomas’ timing was a bit off, though he didn’t know it. Just prior to Liam leaving for Europe, where he visited Steffy Forrester (Jacqueline MacInnes Wood) and the girls, Lope romantically connected. That was a breakthrough for these poor souls who believe they lost their daughter, Beth Spencer (Isabella de Armas and Redford Prindiville), due to a claimed stillbirth.

Hope encouraged Liam to visit Kelly Spencer (Zoe Pennington) and Phoebe (who’s actually Beth) after Thomas engineered receipt of cell phone video, which wasn’t possible during landline only days. Kelly’s heart-wrenching call-out for her daddy impacted Hope, who then told Liam he needed to spend time with his daughter.

Liam’s returning anger is driven by the fact that Thomas used Kelly to gain alone-time with Hope. Ironically, the entire situation actually strengthens Lope. However, this soapy situation feels like a setup for what’s yet to come.

Eventually, everyone will know that Reese Buckingham (Wayne Brady) lied about Beth’s demise, sold her to Steffy for two hundred and fifty thousand dollars, gave fifty thousand bucks to Flo Fulton-Logan (Katrina Bowden) for her assistance, and then used the rest to play off his gambling debts. When that information drops, Steffy, not Hope, will be wrecked.

Steffy will have no one and Liam, feeling full compassion for his former wife and mother of his first child, will surely offer consolation. Might Steam then resurrect?

The rub in this storyline is first projecting what happens during this intermediary period, where Hope and Liam continue to heal from their loss. And also wondering where Thomas is written from here?