‘The Young and the Restless’ Spoilers: Mia Gets What’s Coming To Her – Paul Lowers Boom 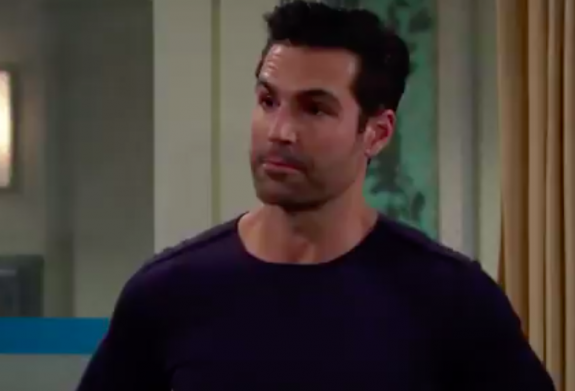 The Young and the Restless spoilers tease that Mia Rosales (Noemi Gonzalez) finally gets what’s coming to her. Paul Williams (Doug Davidson) learns of the crime committed against Lola Rosales (Sasha Calle) and lowers the legal boom.

Y&R Spoilers: Mia Rosales Is Out Of Control

Mia’s been far out of control for many years, as Y&R viewers came to know. Playing Rey Rosales (Jordi Vilasuso) against Arturo Rosales (Jason Canela) and vice versa bled from Miami, Florida, years ago, to Genoa City, Wisconsin, in 2018.

The back and forth these past months between the Rosales’ brothers established a classic, soapy triangle. Rey and Arturo had settled their differences. Close family feeling was then restored.

Young And The Restless Spoilers: Arturo Rosales Comes Back To Mia Rosales

But Canela’s character, similar to Gonzalez’, simply couldn’t keep a hold on himself and came to pair with Mia once again. Canela has departed the cast, performing solidly since his debut earlier last year.

The reason why Mia is being arrested is directly linked to her latent jealously. Married to Rey, Mia still felt the need to pop off to the lady she referred to as scrawny, Abby.

Y&R Spoilers: Mia Rosales Doesn’t Know Who The Father Is

Meanness, that dark emotion overtakes Mia’s scattered mind. While it would be one thing to have feelings in reserve for Arturo, Mia actually acted upon them earlier this year, which may have resulted in her pregnancy. Of course, Mia and Arturo have also been together since.

More than just being annoyed, Mia allowed Abby’s presence to fully cloud her reality. The month’s ago argument at the GC Athletic Club resulted in a hair-pull on Abby and then a shove of a person Mia thought was the same by the Abbott pool side.

Mia genuinely didn’t know that her sister-in-law was wearing Abby’s winter coat when she shoved her from behind. Lola fell, hit her head, hard, on the diving board and then capsized into the pool, which resulted in a coma happening.

Rey and Arturo have been covering for Mia, purely because of the baby she’s carrying. But Abby detests that rationalization, making her the most likely person to have tipped off the authorities.

Gonzalez has already departed the cast. Her character isn’t known to be recast. So this is Mia’s write-out storyline. Whether she returns someday isn’t known. But the actor who played this dynamo delivered consistently strong and believable performances.