Days Of Our Lives News: Billy Flynn Shares What’s Next For Chad DiMera 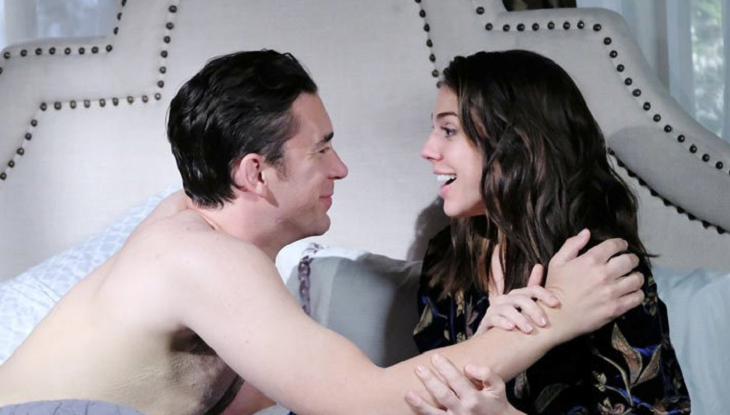 Chad DiMera (Billy Flynn) and Abigail Deveraux DiMera (Kate Mansi) were written off Days of Our Lives last year, and the beautiful send-off was aired in February. While many thought it would be the last they would see Chad and Abby in Salem for a long while, it has been revealed that the couple will be back again this fall.

In a recent interview with Soaps.com, Flynn shared about his exit and what has kept him busy away from Days of Our Lives.

He shared that the break gave him time to focus on himself and his wife. He was able to get a new perspective in life and to do the things that he loved. He also focused on being healthy, doing boxing and jiu-jitsu, among other things.

“I just focused on myself. There were so many parts of myself that I’d forgotten and I just got in touch with that again,” he told Soaps.com. “Now, I’m in great shape. I’m super-clear-headed. I have a perspective on what’s important. I’m a better actor now.”

Days of Our Lives Weekly Spoilers May 13 to 17: Kayla to the Rescue – Victor Continues to Meddle – Guns are Pulled

Flynn also believes that he can play the role of Chad differently and better this time, without drawing much from his personal life to access the feelings he needed.

“Chad is a character that has been through so much and I was going through so much in my life. I just never got out of it. I’ve had so much grief and so much depression I was doing things in my off time to cope that weren’t healthy for me,” he confessed.

Chad and Abby, after going through so much in their lives, were able to get married. They decided to leave Salem and start a new life somewhere else. But there’s more to their story, and while they have an honest and open marriage, Flynn teased that drama is on the horizon.

Flynn said that Chad is still flawed and fans will see him “revisit some of his own insecurities and things that he’s lost.”

“He’s a man now, as I am. I mean, Chad’s always reflected my own personal life. I think that’s what you see.”