Days Of Our Lives Spoilers: Rex Reaches Out And Comforts Chloe — What’s Ahead For This Unlikely Duo? 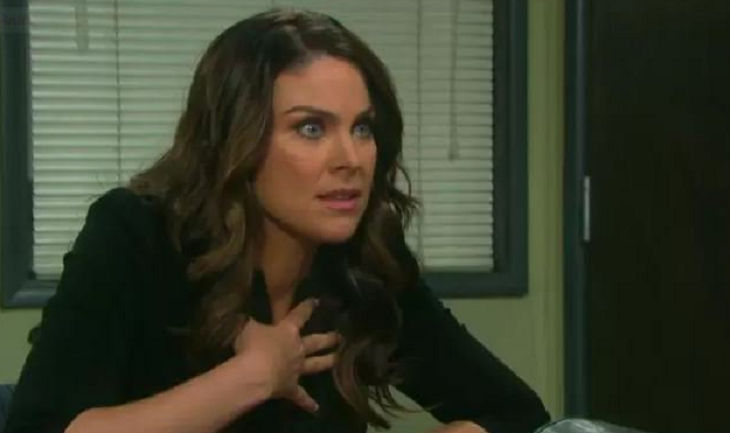 Days of Our Lives (DOOL)  spoilers tease that Rex Brady (Kyle Lowder) will comfort Chloe Lane (Nadia Bjorlin) over the presumed death of Holly Jonas (Scarlett and Harlow Mallory) and the rejection of her former friend – or should that be “frenemy” – Nicole Walker (Adrienne Zucker)!

While Rex and Chloe don’t have any romantic history, they have become reacquainted recently when he defended her against what turned out to be a bodyguard Brady Black (Eric Martsolf) had hired at Doug’s Place, and Chloe was romantically involved with his half-brother Lucas Horton (Bryan Dattilo) at one time.

Days of Our Lives viewers must be thinking the men of Salem are on a merry go round, stopping at Chloe and Nicole and switching off comforting everyone, and Brady and Eric Brady (Greg Vaughan) and Stefan DiMera (Brandon Barash) are all trying to comfort the two distraught women, and Sarah Horton (Linsey Godfrey) is trying to comfort her mother Maggie Horton (Suzanne Rogers), as is Brady, and reaching out to Eric as well because of Nicole’s rejection of him!

Days Of Our Lives News: Billy Flynn Shares What’s Next For Chad DiMera

So, Rex reaching out to Chloe does make some sense in a way, even though they are not that well acquainted! But for Chloe, Rex is someone neutral that can truly be “just friends” and someone to lean on if he continues to make himself available. And as a doctor, Rex has to have a nurturing heart somewhere inside himself in spite of his past (we hope) problems of infidelity that Maggie keeps rubbing his nose in!

Days of Our Lives spoilers teased that the presumed death of Holly would affect many lives among the Salemites, and it has! Rex can’t help but be affected since he is engaged to Sarah, who became close to Holly while Nicole stayed with her in Nashville, and also when she returned to Salem and lived with Maggie, where Holly also lived for a while.

Chloe, of course, was Nicole’s surrogate and gave birth to Holly, so she has motherly ties to her as much as Nicole does, and many men are trying to be strong for many women at the same time!