The Bold And The Beautiful Poll: Should Flo Tell Wyatt the Baby Secret? 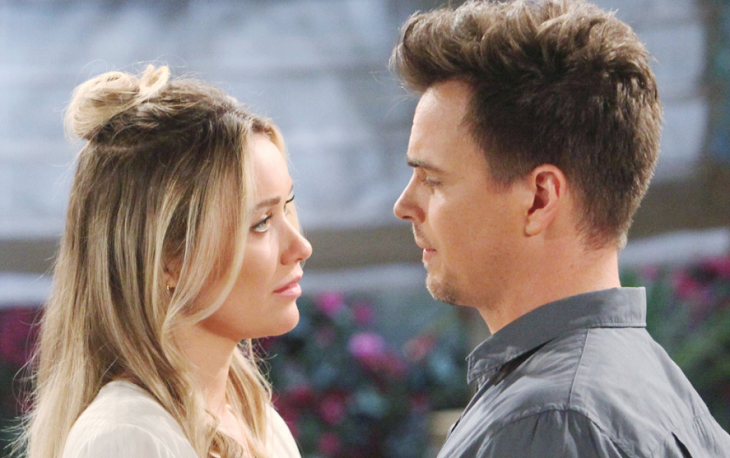 Flo Fulton (Katrina Bowden) recently added a new last name on The Bold and the Beautiful. But as her mother, Shauna Fulton (Denise Richards) and Zoe Buckingham (Kiara Barnes) continue to insist, if anyone ever learns the backstory of Phoebe Forrester’s (Isabella de Armas and Redford Prindiville) existence, the Logan life will upend.

Despite the understandable intentions Shauna and Zoe have, should Flo confide in Wyatt Spencer (Darin Brooks)? Sure, there will be consequences. But the longer Flo puts confessing off, or if she never does so, any chance at a future with Wyatt could, or likely would be lost.

Assume that Flo chooses to keep the Beth-is-Phoebe secret and the truth spills. However and whenever that happens, Wyatt will feel rightfully betrayed. And then he’ll react.

Brooks’ character’s recent fallout with Sally Spectra (Courtney Hope) was based on his interpretation of her having kept a secret from him. That matter, involving Thomas Forrester’s (Matthew Atkinson) aim of splitting Hope Spencer (Annika Noelle) and Liam Spencer (Scott Clifton), so he could be with Hope and she could play mom to Douglas Forrester (Henry Joseph Samiri), didn’t actually touch Wyatt directly.

The Bold And The Beautiful Recap, Friday, May 10: Hope is Forced To Make A Tough Decision — Wyatt Happy With ‘Honest’ Flo

BOLD Spoilers– How Will Wyatt React To The Secret?

Learning that Flo is pretending to be Beth’s birth mother and also pocketed fifty-thousand dollars for her efforts, even though she didn’t request any cash payment, will send Wyatt into a major tizzy. He’ll want nothing more to do with his one-time and seemingly revived girlfriend.

Much of the above-projected outcome will still happen, maybe even all of it. But at least Flo would have a chance to redeem herself in Wyatt’s eyes if she tells him the truth, now.

Fans of The Bold and the Beautiful’ rightfully express their opinions on a regular basis. So, should Flo confide in Wyatt? Please vote in our poll below!