The Bold And The Beautiful Recap, Monday, May 13: Flo Makes A New Move– Hope Defends Thomas To Liam 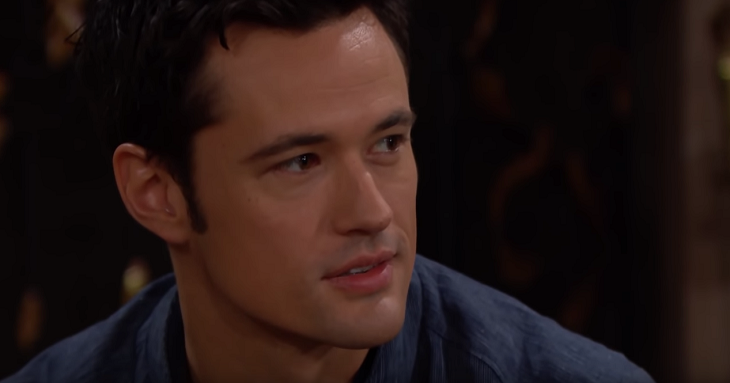 It begins at Forrester Creations, where Liam Spencer (Scott Clifton) is pleading with Hope not to pull the plug on their marriage. Thomas Forrester interjects and tells Hope that together they will have a wonderful life with Douglas. Hope can’t help but defend Thomas, which is making Liam even more upset. However, she does tell Thomas that her first priority in her life is her husband.

After Thomas leaves the office, Liam makes it pretty clear that he doesn’t want to live in the Forrester mansion anymore. There’s no way that he can even stand living in the same residence as him. Liam also tells his wife that he knows Thomas is using his son in order to manipulate Hope’s feelings.

At the Forrester Mansion, Eric Forrester (John McCook) is surprised to hear that Sally Spectra (Courtney Hope) has left the beach house. Quinn Forrester (Rena Sofer) updates him on everything and tells him that she thinks Wyatt and Flo are a more suited match. They then talk about Shauna Fulton (Denise Richards) and Eric takes a guess that Quinn wants her to move into the mansion.

Quinn recalls how Shauna once helped her out while she was down on her luck and now she wants to repay her the favor. Shauna then arrives with Quinn giving her a tour of the entire mansion. Once they are done, Quinn gives Shauna an offer that she can’t refuse. She wants both her and Flo to move into the mansion with them.

Liam rallies to defend his marriage as Thomas expresses that Hope belongs to him. WATCH FULL EPISODE: https://t.co/1B81wOXyq6 #BoldandBeautiful pic.twitter.com/xKJ1XN56QY

At the beach house, Flo and Wyatt are making out. They talk about the past and how they were once very in love with one another. Wyatt tells her that despite the fact that he almost proposed to Sally, he is now certain that Flo is the woman he is meant to be with.

Back at home, Douglas asks Thomas about Hope’s whereabouts. Thomas then refers to Hope as ‘Mommy Hope’ and tells his son to tell Hope just how much he needs and loves her. The father and son duo then do an art project together, with Thomas assuring Douglas that everything is going to work out just fine for them.