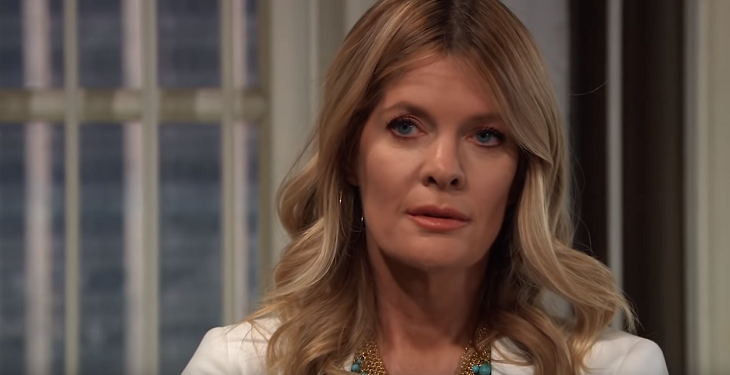 Welcome to your Tuesday, May 14 General Hospital recap! We begin our day at the schoolhouse where Michael Corinthos (Chad Duell) has come by to see Willow Tate (Katelyn MacMullen). In Toronto, Laura Spencer (Genie Francis), Peter August (Wes Ramsey), Maxie Jones (Kirsten Storms) and Curtis Ashford (Donnell Turner) are all playing a board game. At the park, Ava Jerome (Maura West) and Kevin Chamberlain (Jon Lindstrom) have set up for a paparazzi writer to catch them spending time together.

After the board game, Curtis Ashford and Laura Spencer deice they have worn out their welcome in Maxie Jones and Peter August’s hotel suite. They decide they need to get back on the road and track down Ryan. They decide when the storm clears that Curtis should go check on Jordan, while Laura wants to check on another lead.

Peter asks Curtis what he is doing with Laura – its looks like a buddy comedy movie. Maxie and Laura discuss how she is on her first real date with Peter. 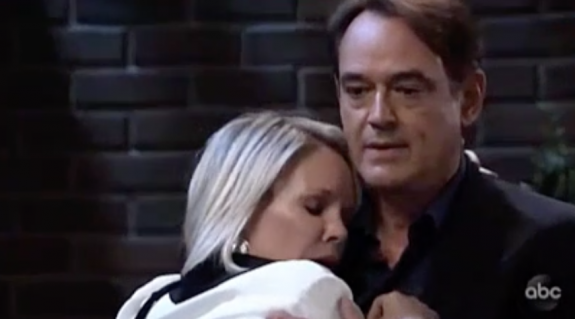 GH Spoilers– Nina And Valentin Have A Parent Conference

At the metro Court restaurant, Nina Reeves (Michelle Stafford) and Valentin Cassadine (James Patrick Stuart) are trying to think of ways to avoid the school meeting. They ultimately decide they need to go as Sasha Gilmore (Sofia Mattson) approaches the table and says she has a date with Michael Corinthos (Chad Duell).

At the school, Michael has brought a gift to Willow Tate for helping him with his sister Kristina Davis (Lexi Ainsworth). He gives her a hug, right as Valentin and Nina walk into the classroom. Nina can’t find her phone and sends Valentin to go find it as the school meeting about bullying begins.

Franco Baldwin (Roger Howarth) and Elizabeth Spencer (Rebecca Herbst) are both in attendance. Franco right away says that somebody here has “a problem with the gays.” Some of the parents are upset about a book with a gay family. Nina decides that this is all Willow’s fault.

After braving the storm, Laura and Curtis are back on Ryan's trail. The question is: how close is too close? @donnellturner1
Tune into a thrilling, new #GH – STARTING NOW on ABC! @GenieFrancis pic.twitter.com/ol9YtWGxnn

At the Metro Court bar, Robert Scorpio (Tristan Rogers) gets a phone call from Hamilton Finn (Michael Easton) who is looking for his engagement ring. Dr. Finn is at the hospital and says that “Tonight’s the night”, as Anna Devane (Finola Hughes) approaches him.

At the hospital, Anna asks what the phone call was all about and Finn lies. She then asks him when he was going to tell her how sick Jordan Ashford (Brianne Nicole Henry) is. Finn says he can’t relay Jordan’s health status. 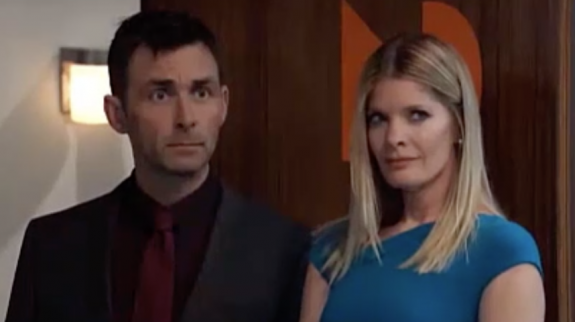 At the Metro Court, Michael and Sasha meet up for their date and he lets her in on a secret. When she was sick she said, “she wished Nina was her real mother.” Valentin approaches from around the corner.

GH Spoilers– The Ring Is Missing

While Robert looks for the ring, Felicia and Mac give him a hard time. Mac offers to get Robert a lookalike ring until they find the real one, Felicia protests that heavily.

Robert and Mac leave as Anna enters the metro court to meet with Felicia.

Kevin and Ava spar while waiting for the photographer, she reminds him that he does not have Laura to rush home to. They see someone coming and start kissing, its Julian Jerome (William DeVry) who shoves Kevin off of her. Julian yells at Kevin and blames him for Ryan’s actions and Kiki’s death. 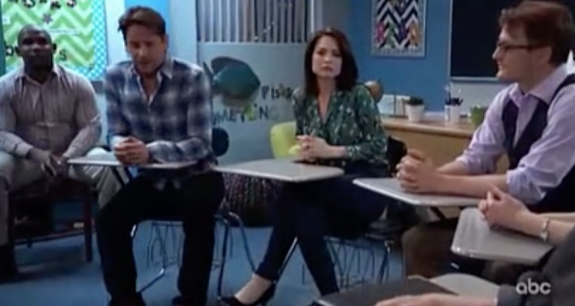 Ava and Kevin let Julian know that they are now seeing each other. Kevin insults Julian and his parenting skills, he punches him as the photographer takes photos. Nina takes over the meeting and says that the book really isn’t that bad and maybe they should worry more about the cafeteria food. Nina takes Willow to the side and insults her yet again.

Laura and Curtis see the next person on their list and are suspicious of her. Anna and Felicia discuss Robert and wonder if there’s a special reason for him to stay in Port Charles. Mac and Robert find a ring that’s an almost replica of the lost ring. Anna overhears and looks shocked.

Ava decides that she and Kevin should press charges against Julian for assault. Curtis and Laura leave the woman’s home and realize something is wrong. Inside the house you see someone going towards a newspaper that shows Ava and Kevin embracing…….flash to preview…