The Bold And The Beautiful Spoilers: Wednesday, May 15 – Bill Shocks Justin – Shauna And Katie Plan Their Seduction Plot 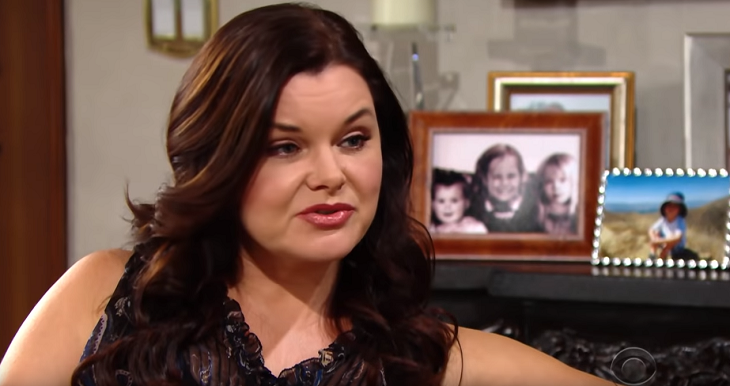 The Bold and the Beautiful (B&B) spoilers for Wednesday, May 15, tease that Bill Spencer (Don Diamont) will start out his evening by having a serious discussion about money and family with Justin Barber (Aaron D. Spears). Justin has stood by Bill’s side for years as his right-hand man, and he’s heard a lot of crazy theories from Bill about money and love.

But the theory that Bill shares with Justin on this occasion won’t sound so crazy; in fact, it will sound downright reasonable. According to B&B spoilers, Bill will let Justin know that money and power just aren’t as important to him as they used to be. Bill has really changed over the past several months, and family is more important to him than anything these days.

The Bold and the Beautiful spoilers say that Bill will surprise Justin with new information about his beloved “Sky,” the skyscraper he’s dreamed of building. Exactly what he tells Justin with respect to Sky remains to be seen, but it certainly sounds like Bill might be either canceling the project or putting it on the back burner for a while.

The Bold And The Beautiful Spoilers: Wyatt Gets Closer To Flo – Baby Reveal Awaits

Meanwhile, on Wednesday’s episode of B&B, Katie Logan (Heather Tom) and Shauna Fulton (Denise Richards) will be putting their heads together for a major scheme with Bill as the primary target. As B&B viewers know, Katie has just asked Shauna to put the moves on Bill to see if he’ll take the bait or shut her down.

Katie wants to know once and for all if she can trust Bill, and this is the only way she feels she can find out. Of course, Katie’s first thought is for her son Will Spencer (Finnegan George) – she doesn’t want to put him through a “Batie” reunion if it has no hope of working out due to Bill’s philandering ways.

RT if you have the same reaction to Katie’s plan. #BoldandBeautiful pic.twitter.com/aeWIkhuWXf

So, Katie and Shauna will plan their strategy. It looks like Shauna will plan to drop by Bill’s mansion later that evening and try to seduce him. Meanwhile, Katie will wear a headset and listen to the whole test from a remote location. They’ll plan all of this alongside Brooke Forrester (Katherine Kelly Lang), who will worry that things could get out of hand or might not go the way Katie planned.

But despite Brooke’s protests, Katie and Shauna will forge ahead, and Katie will wait with anticipation as Shauna heads over to Bill’s estate. It will be interesting to see how it all unfolds, and one way or another, Katie is going to get an answer about how she should proceed.

Be sure to tune in on Wednesday to catch up on everything happening on B&B right now. Check Hollywood Hiccups often for updates, news, rumors, and spoilers! As always, more detailed spoilers and a full collection of pictures for the week in question will appear on Soap Opera Spy, where there will be more clues and hints over exactly what’s going on.