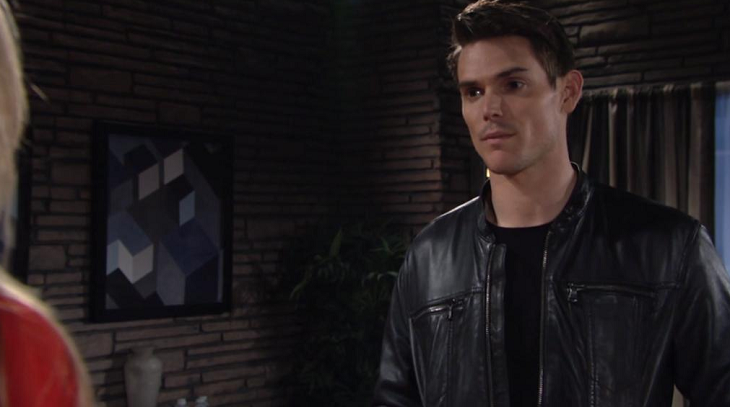 The Young and the Restless (Y&R) spoilers tease that Adam Newman (Mark Grossman) will reconnect with Jack Abbott (Peter Bergman). Right now, Adam doesn’t remember his family. He feels a connection to Sharon Newman (Sharon Case), but he doesn’t remember their history.

Another important person in Adam’s life was Jack Abbott. For much of his adult life, Adam was closer to Jack than he was to his father, Victor Newman (Eric Braeden). It really shouldn’t surprise anyone that he was closer to Jack, as he was always way more attentive and supportive of him.

Y&R Spoilers — Adam Struggles To Remember His Past?

Sharon has tried to jog Adam’s memory by talking about their past. Y&R spoilers tease that he doesn’t remember any part of it. Sharon questions why he threw away all the pictures Victor gave him, but one – Christian Newman (Tobias twins).

The Young And The Restless Spoilers: Kyle Asks Lola To Move In- How Will Summer React?

Adam wasn’t able to answer the question. He tried to tell. Her there was no real reason he kept that picture, but she knew that wasn’t true. He ends up saying he felt a connection to the boy.

Y&R spoilers state that Sharon convinced Adam to come to Genoa City, even if it is a short visit.

After Adam arrives in Genoa City, Jack will find out he is alive. He will want to see him and reconnect with him. Y&R spoilers state that Adam will not remember Jack at all, but will encourage Jack to talk about their relationship to help his memory.

Jack will explain their often-complicated relationship. He will tell him how they leaned on each other often and how Adam helped him beat his addiction to opiates. One detail that Jack won’t tell Adam is his involvement in Billy Abbott’s (Jason Thompson) daughter’s death. He thinks that he will need to be stronger emotionally to handle that.

Adam did tell Sharon that he Googled Adam and saw that he did a lot of “bad things.” Perhaps, he saw his conviction in Delia Abbott’s (Sophie Pollono) death.

However, it works out, Victor and Sharon hope that Jack can help Adam remember his past life. Do you think Adam is faking his memory loss? Don’t forget to come back later for more The Young and the Restless (Y&R) spoilers, news, and casting updates!