The Young And The Restless Spoilers: Wednesday, May 15 – Rey Demands A Paternity Test – Traci’s Keen On Cane – News Of Adam’s Return Spreads 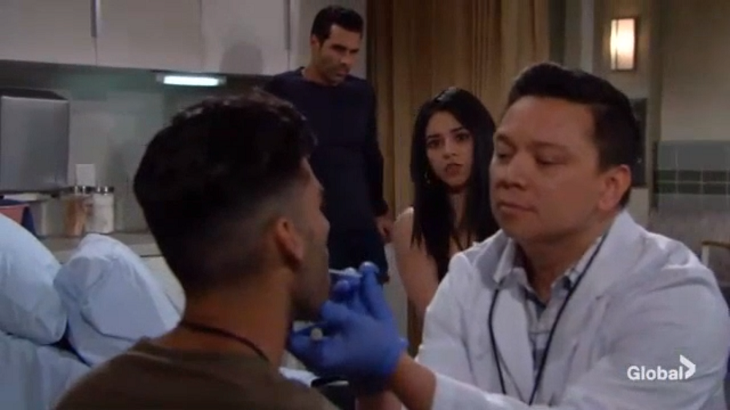 The Young and the Restless (Y&R) spoilers for Wednesday, May 15, tease that Traci Abbott (Beth Maitland) and Lauren Baldwin (Tracey E. Bregman) will catch up at Society, and Traci will mention that she’s writing a new book. Lauren will say that she’s glowing and looks like she’s in love. They’ll discuss Jack Abbott’s (Peter Bergman) love life and Lauren will say that Jack needs to put himself out there or else he’ll end up alone.

Then Lauren will realize that she may have offended Traci, who is on her own, but Traci will say that it’s ok because she’s happy as she is. Later, Cane Ashby (Daniel Goddard) will arrive and talk to Traci alone. He’ll tell her that he’s received a handwritten letter from Lily Ashby (Christel Khalil), but Traci will caution him not to read too much into the letter.

Next on Y&R, at Jabot, Jack and Phyllis Summers (Gina Tognoni) will spar. Jack will tell Phyllis that he knows she tried to access company files on Summer Newman’s (Hunter King) computer, and he’ll indicate that Jabot will now be in the accessories business and that she’s got competition. Phyllis will storm out, taking a picture of the Jabot Collective logo as she exits.

Meanwhile, at the hospital, it turns out that Mia Rosales (Noemi Gonzalez) will be ok and free to leave. Rey Rosales (Jordi Vilasuso) will accuse her of faking her symptoms, and in the course of arguing, he’ll figure out that Mia and Arturo Rosales (Jason Canela) are together as a couple. Rey will demand a paternity test, and they’ll all do cheek swabs.

Next on Y&R, Kyle Abbott (Michael Mealor) and Lola Rosales (Sasha Calle) will talk in the park about the possibility of living together. They’ll decide to go for it, but Lola won’t want to move into the Abbott estate; she’ll want them to have their own place. She’ll suggest that they take over Arturo’s apartment when he leaves town, which Kyle won’t like, but he’ll accept. 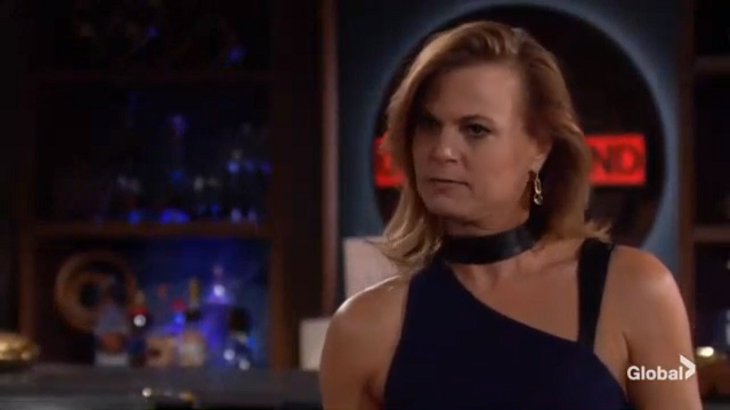 At Nick Newman’s (Joshua Morrow) house, Nick will tell a stunned Summer that Adam Newman (Mark Grossman) is alive. Phyllis will arrive to berate Summer for telling Jack about her computer hacking. Nick will get involved in the argument and they’ll all bicker, and in the course of things, Phyllis will learn that Adam is alive.

Next on Y&R, back at Jabot, Jack and Summer will talk, and Summer will badmouth Kyle to him for bailing on the networking and socializing with the influencers. Jack will say that he’ll talk to Kyle about it, and Summer will call Theo Vanderway (Nic Luken) to ask him to come back to Genoa City. Meanwhile, Jack will open an invitation to Ashley Abbott’s (Eileen Davidson) big event in Paris, then throw it away.

Y&R Spoilers– Traci Is In Love

At the Abbott estate, Traci will continue working on her novel. She’ll envision herself in character as “Flynn’s” secretary – her character will tell Flynn that the woman he’s pursuing will only bring him more heartache. Then Cane will arrive at the house with an idea for her novel, which she will love. Suddenly Traci will picture Cane shirtless and get flustered. But she’ll cover and say that she’s just excited about his idea. 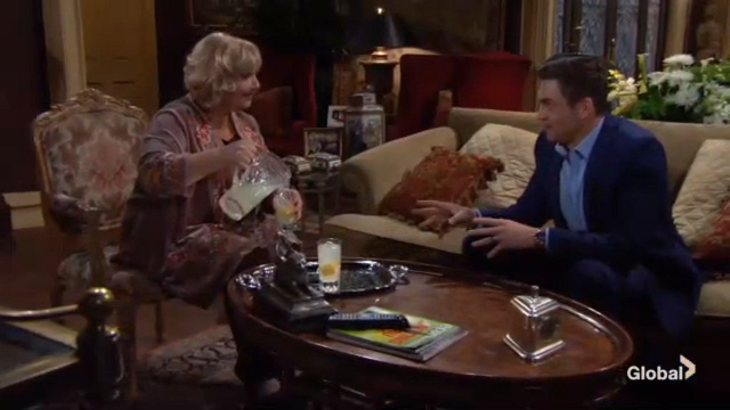 Finally on Wednesday’s episode of Y&R, Phyllis and Michael Baldwin (Christian LeBlanc) will meet at Crimson Lights, and Phyllis will inquire about how to create an anonymous shell company. Michael will get suspicious and Phyllis will admit that she plans to go around Jack by making Jabot Collective accessories without the Abbott price tag. Michael will warn against the idea, and at the end of their conversation, Phyllis will stun him with the news that Adam is alive.

Be sure to tune in on Wednesday to catch up on everything happening on Y&R right now. Check Hollywood Hiccups often for updates, news, rumors, and spoilers! And as always, don’t forget to check back with Hollywood Hiccups for all the latest news, updates and spoilers on The Young and the Restless (Y&R)and all of your favorite daytime television shows right here!