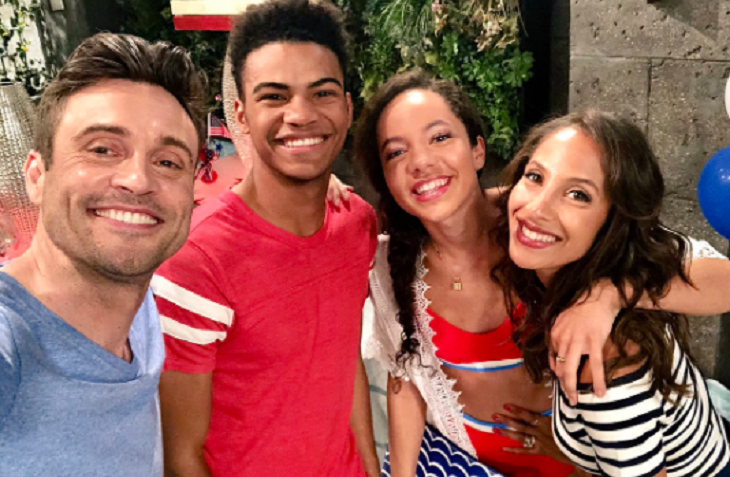 Noah Alexander Gerry, who plays Charlie Ashby on The Young and The Restless, has been cast in Netflix’s upcoming comedy series titled Family Reunion. He will be working alongside the likes of John Brotherton and Rome Flynn.

The series will focus on the McKellan Family and their experiences as they move from Seattle to Georgia to be closer to their extended family. The comedy series is executive produced and created by Meg DeLoatch and directed by Eric Dean Seaton. The cast also includes Emmy award winner Loretta Devine, Tia Mowry, Talia Jackson, Isaiah Russell-Bailey, Cameron J. “CJ” Wright, and Jordyn Raya James.

DeLoatch said in an interview, “I have a dream cast and thanks to my incredibly talented group of executives at Netflix, I am having the most supportive and creatively fulfilling experience of my career.”

Meanwhile, Melissa Cobb, Netflix’s Vice President of Kids and Family said, “We look forward to bringing families together to enjoy the hilarious and heart-warming stories of this multi-generational family living together and discovering the importance of connecting with their roots.”

Gerry made his first appearance on The Young and The Restless in May 2017. He reprised the role of Charlie when the character was SORASed. The character was originally played by Brandin Stennis. Soap operas commonly age children into teens so older storylines can be told and this happened to Gerry’s character.

"My Crush" is still acting. Omg I love it. He's on Y&R. Noah Alexander Gerry pic.twitter.com/glKERyqsZj

Young And Restless Spoilers– Noah Was Dropped To Recurring Status

Recently, viewers of the sudser are seeing less of him on TV. He, along with his on-screen twin sister, Lexi Stevenson who plays Mattie Ashby, was reportedly moved from contract to recurring roles, which could explain their reduced screen time.

Gerry was born and raised in Jacksonville, Florida. It may have been the first time for The Young and The Restless fans to see Gerry on TV. But the truth is, he’s not new to acting. He has appeared in several regional theatre productions and local television commercials during his younger years.

As he grew older, he decided to pursue his passion and moved to Hollywood. He starred in Disney Channel’s A.N.T Farm and appeared in Family Tree. His career finally took off when he landed the role on The Young and The Restless and portrayed Cane Ashby (Daniel Goddard) and Lily Ashby’s (Christel Khalil) son, Charlie Ashby. Apart from acting, Gerry also loves skateboarding, music, and photography.