Days Of Our Lives Spoilers, Thursday, May 16: The Election Results Are In– What Is Ted’s Secret? 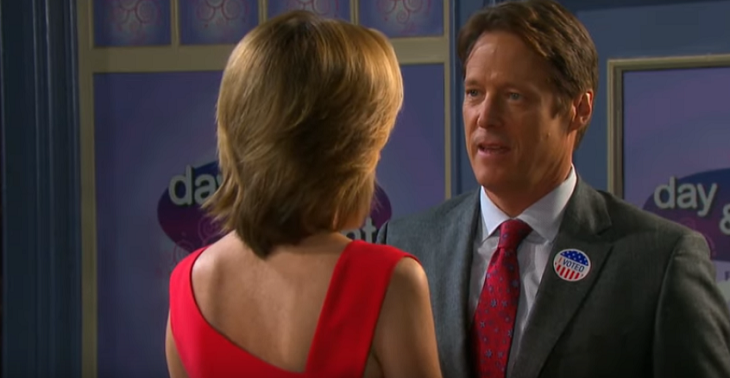 Days of Our Lives (DOOL) spoilers for Thursday, May 16 finds that the election results are in! It appears as though Eve Donovan’s (Kassie DePaiva) dirty tricks have worked as Jack Deveraux (Matthew Ashford) is the new mayor of Salem. Here’s what you need to know.

Jack might be the new mayor, but it doesn’t look like everyone is celebrating his win. Those who remember Jack best before he came back from the dead or particularly upset about how things have turned out.

DOOL Spoilers– Jack Wins But Not Everyone Is Happy About It

Jack’s son, JJ Deveraux (Casey Moss) is especially furious at his father for getting his girlfriend Haley Chen (Thia Megia) deported from Salem. JJ is going to give his father a good piece of his mind, let alone a hard slug that will knock him off his feet.

Another person who is worried about Jack’s new position as the most powerful man in Salem is Jennifer Horton (Melissa Reeves). Even though she tirelessly worked to try and get Jack to remember the good times they had together, she thinks that this new clean slate that Jack is getting is more of a blank slate and she’s not too happy about it.

And while Jack seems to have some old instincts from his past life, it’s Eve who has been the driving force behind his campaign. Days of Our Lives spoilers indicate that Melinda Trask (Laura Kai Chen) will be taking matters into her own hands after she finds out that both Eve and Claire Brady (Olivia Rose Keegan) are the two women behind Haley’s deportation to China. She is not going to let Eve and Claire get away with their evil shenanigans any longer.

Elsewhere, Abe Carver (James Reynolds) will be trying to collect himself after his defeat and look for a Plan B. Hope Brady (Kristian Alfonso) will find herself at the bottom of the barrel while Ted Laurent (Giles Marini) will make a very surprising move, too. It will leave Hope pretty surprised. By the end of the week, a stunning secret will be revealed.