General Hospital Spoilers: Carly Is Under Major Stress– Jason Rushes Her To The Hospital 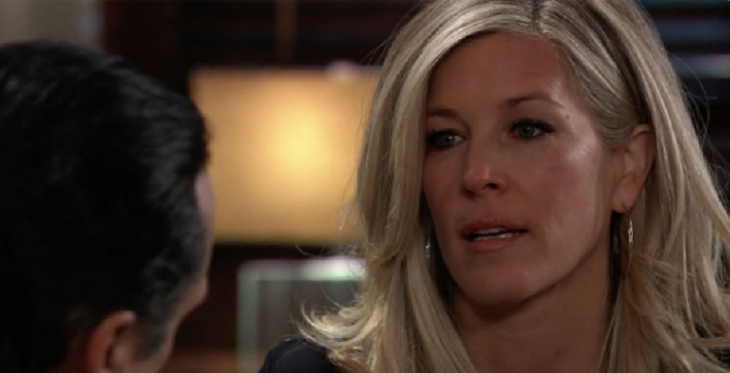 General Hospital (GH) spoilers tease that Jason Morgan (Steve Burton) will, after much discussion and bickering, take Carly Corinthos (Laura Wright) to General Hospital after she obviously displays some medical symptoms in need of attention!

As General Hospital viewers know, Carly is in the midst of a high-risk pregnancy and needs to be careful with diet, stress levels, and activities; she doesn’t need to be overdoing anything. It is quite possible that something stress-related will cause the symptoms since Carly is under a good deal of stress with her daughter Josslyn Jacks (Eden McCoy) losing her soulmate and first love Oscar Nero Quartermaine (Garren Lake Stitt) to a terminal brain tumor recently.

GH Spoilers– Carly Is Under A Lot Of Stress!

Even though Joss’s father, Jasper Jacks (Ingo Rademacher) has returned to Port Charles to support Josslyn, and indirectly, Carly, his return could even cause her some stress since her current husband Sonny Corinthos (Maurice Benard) and Jacks have been long-time rivals!

General Hospital Spoilers: New Issues Come Up At School — Nina Lashes Out At Willow– Liz Caught In The Middle?

Jacks wants to buy Kate Howard/Connie Falconeri’s (Kelly Sullivan) old house which is right next door to Sonny and Carly’s house, and Sonny doesn’t like that idea at all, although Carly thought it an excellent idea for Joss’s sake! Sonny doesn’t like the sound of Jax’s return being so long-term and possibly even permanent!

Longtime General Hospital viewers know that Carly has had three problem pregnancies and at least one miscarriage, and she nearly died during her first pregnancy with Michael Corinthos (Chad Duell).

Jasper Jacks is back in Port Charles and Carly's got a lot to fill him in on. Can he help Josslyn cope with Oscar's death?
An emotional, new #GH starts RIGHT NOW on ABC! @IngoRademacher pic.twitter.com/NRxfKJTrCC

With Morgan Corinthos (Bryan Craig) she had been locked in a panic room by Ric Lansing (Rick Hearst), then was kidnapped by Lorenzo Alcazar (Ted King) and she was shot in the head accidentally by Sonny while in labor when he was trying to shoot Lorenzo!

With Josslyn, she found out she had a condition that can cause blood clots and strokes during pregnancy, and she went into preterm labor. That is a lot of high risk to go through for pregnancy, and that is why Sonny wasn’t sure about this new baby at first and why Jason will either have to talk Carly into going to the hospital or take her against her will when these symptoms arise!