The Young and the Restless Spoilers: Thursday, May 16 – Adam Learns About Delia – Paul Gives Mia A Pass – Abby’s Shocked To See Adam 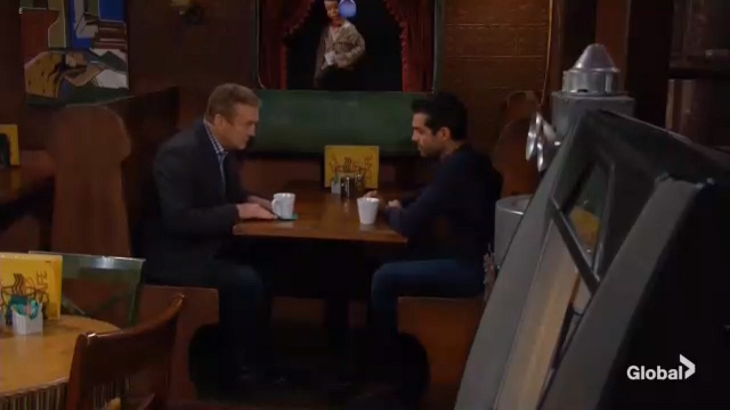 The Young and the Restless (Y&R)  spoilers for Thursday, May 16, tease that Sharon Newman (Sharon Case) will arrive at the tack house, and Adam Newman (Mark Grossman) will appear but will say that he had locked the door. He’ll worry about his bagful of cash and Sharon will wonder why he has so much money. He’ll tell her that it’s his safety net.

Then Adam will see a photo of Delia Abbott (Sophie Pollono) on the floor and will want to know who she is, but Sharon will call Victoria Newman (Amelia Heinle) rather than tell him the story of how he killed the little girl.

Meanwhile, in his office, Victor Newman (Eric Braeden) will tell someone over the phone to keep an eye on Adam.

Next on Y&R, Rey Rosales (Jordi Vilasuso), Arturo Rosales (Jason Canela), and Mia Rosales (Noemi Gonzalez) will bicker about the situation they’re in. Arturo will tell Rey that he and Mia are moving back to Miami, but Mia will be worried about going to jail since she confessed. Rey will get an idea and think that maybe he can solve her problem.

The Young And The Restless Spoilers: Mark Grossman’s Adam Breathes New Life Into Shadam – Actor Reveals How He Prepared To Step Into The Role

At Crimson Lights, Victoria and Billy Abbott (Jason Thompson) will chat, when Victoria gets a call from Sharon saying that Adam needs to talk to her. Meanwhile, Rey and Paul Williams (Doug Davidson) will talk about Mia and Rey will lobby for Paul to not pursue charges against her. Paul will ultimately agree, and Rey will call Mia to let her know the good news.

Next on Y&R, Abby Newman (Melissa Ordway) will be shocked to see Adam walk into Society, as nobody told her that he was alive or back in Genoa City. She’ll be upset that she was the last in her family to know about Adam. Meanwhile, Adam, Billy, and Victoria will talk, and Adam will ask about Delia. Adam will be disturbed to hear the details about his hit-and-run.

Adam will surmise that Victor probably left the photo of Delia in the tack house to jog his memory, and Billy and Victoria will warn Adam about Victor’s ways. Then Victoria will apologize to Abby about her being the last to know about Adam, while Billy thinks that Victor is mishandling this whole situation. 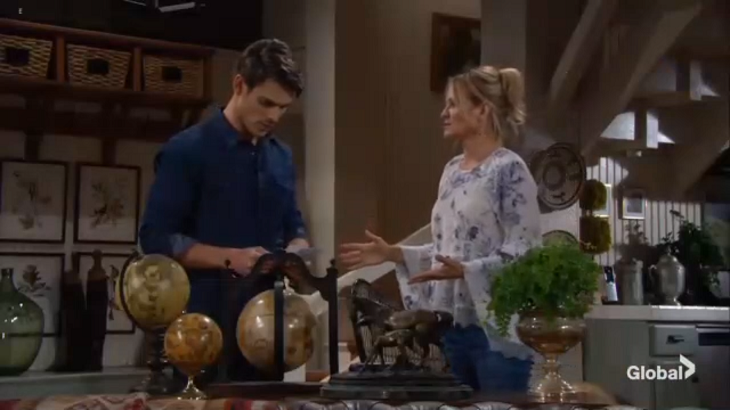 Next on Y&R, Adam will pay Victor a visit and blast him for not disclosing his role in Delia’s death. Victor will tell him that he needs to move forward and discover everything about himself. Later, Victor will leave Nick Newman (Joshua Morrow) an angry voicemail message asking him to call him back.

Finally, on Thursday’s episode of Y&R, Sharon and Rey will catch up at her house when Adam interrupts them. Sharon and Adam will talk privately, as Adam is upset over the Delia situation. Sharon will say that the Adam she knew wanted to learn from his mistakes and be a better person.