The Young And The Restless Spoilers: Wednesday, May 15 – Michael Caught in a Suspicious Situation – Rey Puts Mia on the Hot Seat 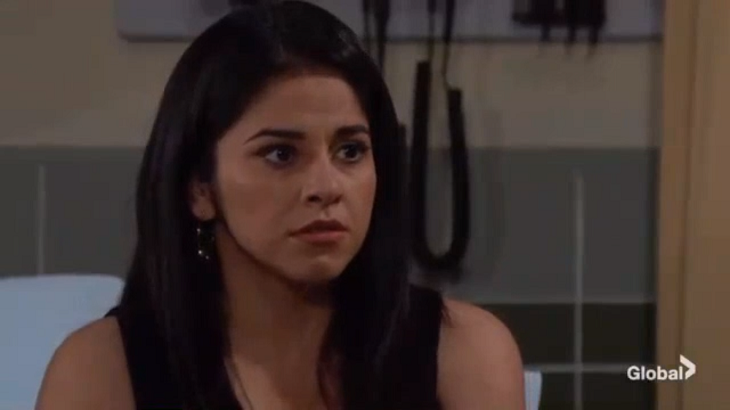 The Young and the Restless (Y&R) spoilers for Wednesday, May 15, tease that Michael Baldwin (Christian LeBlanc) will find himself in a tight spot. He’ll be caught in a situation that could raise a few eyebrows, so he’ll be forced to explain himself. Will Y&R set up some trouble in Michael and Lauren Baldwin’s (Tracey E. Bregman) marriage? This could be the first sign of it – at least on Michael’s end.

Lauren has already been connecting with Jack Abbott (Peter Bergman) lately. That alone is a red flag since Lauren is married to Michael. We’re all for friendships on a soap, but Y&R is clearly setting up something more. There’s no reason for all these bonding scenes unless they’re going somewhere with it.

Y&R Spoilers– Is Lauren Going To Cheat On Michael?

That doesn’t necessarily mean Lauren and Jack will go all the way, but they could certainly be tempted. The Young and the Restless spoilers say Jack will see Lauren in a different light soon, so could end up making a move. For now, it’s Michael who will be stuck in a compromising position. However, there’s a good chance it’ll be one big misunderstanding.

The Young And The Restless Spoilers: Wednesday, May 15 – Rey Demands A Paternity Test – Traci’s Keen On Cane – News Of Adam’s Return Spreads

Michael will soon have a chat with Phyllis Summers (Gina Tognoni), who clearly has loyalty issues. She’s taken part in several cheating scandals over the years, so that may be why suspicions arise. There might be some encounter between Michael and Phyllis that looks more than friendly.

Of course, Michael may just be trying to keep Phyllis out of jail! He’ll advise against peddling counterfeit goods this week so Michael will be doing his best to support a pal. Regardless, Y&R may start finding little ways to create conflict. Anything that pulls Lauren away from Michael and pushes her toward Jack will work for this story.

Other Young and the Restless spoilers say Rey Rosales (Jordi Vilasuso) will demand honesty. He’ll want Mia Rosales (Noemi Gonzalez) to tell the truth about something, so he’ll urge her to be straight with him for once. Mia doesn’t know her baby’s paternity, so it can’t be that. Rey also knows the truth about Lola Rosales’ (Sasha Calle) attack, so what’s this all about?

Whatever the case, Rey will pry an answer out of Mia on Wednesday. He’ll also demand a paternity test, so that’ll bring some nerve-wracking moments for both Rey and Arturo later this week. We’ll give you updates as other Y&R news comes in. Stay tuned to the CBS soap and don’t forget to check HH often for the latest Young and the Restless spoilers, updates, and news.