The Young And The Restless Spoilers: Adam Gets Shot—His Memory Floods Back! 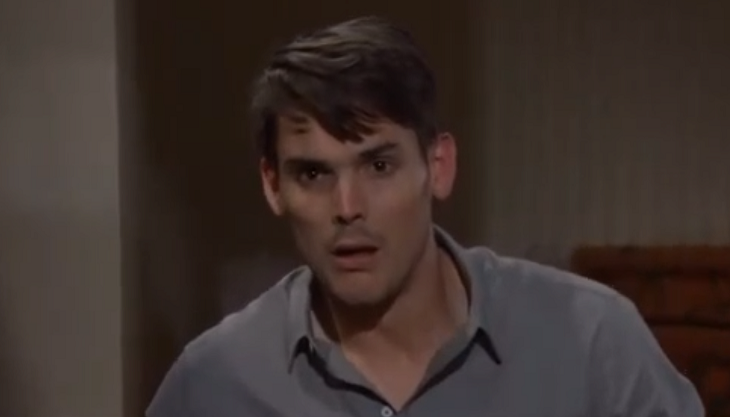 The Young and the Restless (Y&R) spoilers for the week of May 20 tease that someone will have it out for Adam Newman (Mark Grossman), and they will try to kill him.

Of course, most Y&R fans assume they know who pulled the trigger, but it has yet to be confirmed. Here’s what you need to know about what’s ahead on Y&R.

Since Adam returned to Genoa City, he hasn’t made many friends. Since he lost his memory after the cabin explosion in 2016, he doesn’t understand all the hate directed toward him. Then, Victor Newman (Eric Braeden) clued him in a big secret—in 2013, he ran over Delia Abbott (Sophie Pollono). Some of the hatred he’s experienced makes more sense to him.

Y&R spoilers state that since he didn’t remember the accident that took Delia’s life, he didn’t remember Chloe Mitchell (Elizabeth Hendrickson) or her vow to end his life. But the spoilers suggest that she has heard that Adam is alive and decided to come to GC to make him pay (again).

According to Soap Opera Digest, someone will shoot Adam after he has a fight with Victor. Adam decides that he wants to go back to Las Vegas after feeling used by his dad. Before he can get away, someone pulls a trigger, leaving Adam fighting for his life.

The Newman family wait at the hospital to hear if Adam will make it. When he wakes up, they not only learn that he was lucky and he will make a full recovery, but his memories come back. He remembers Victor, Nick Newman (Joshua Morrow), and Sharon Newman (Sharon Case).

And, there is a Y&R rumor that he will ask for Chelsea Newman (Melissa Claire Egan), leaving Victor the difficult task of telling him how his wife stole money from Fenmore’s and went on the run, almost taking Christian Newman (Tobias twins) with her.

The big question seems to be now, who shot Adam and why? Is Chloe back to make Adam pay for killing her daughter? Or does Adam have a new enemy?