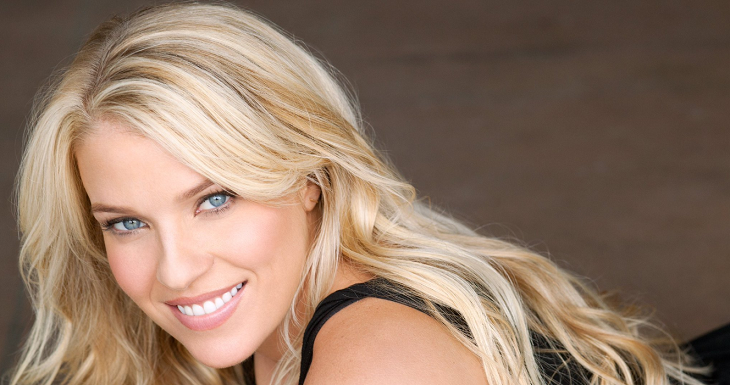 Alicia Leigh Willis, who used to portray the character Courtney Matthews on General Hospital, has been cast in a new series titled Evil Touch.

Willis is currently filming her scenes as Special Agent Reynolds under the direction of Sergey Sarkisov. The series’ script was penned by Dan Goldman and produced by David McKenzie. Willis is joined by several other amazing actors including Erik Fellows from Days of Our Lives, Daniel Covin from All My Children Carmen Hodgson, Perry Strong, Jennifer Veal, Mallory Reese, and Chris Sparks.

The series, which is being filmed in Armenia, centers on a group of young American students who have found themselves in a mysterious and dangerous village where an evil spirit (Char Vogi) has been imprisoned for centuries.

GH Alum Is Open To Returning To The Soap

Willis has been with the ABC soap opera General Hospital from December 2001 to February 2006. During her stint in the sudser, she earned two Daytime Emmy awards for her excellent performance. She also played the character Alli Fowler on Another World from 1998 to 1999. She had a recurring role on  7th Heaven as Corey Conway, in American Heiress as Elizabeth, and guest starred on CSI: Miami.

Several years after she last appeared on General Hospital, Willis reprised her role as Courtney Matthews in 2015. Her brief return was the result of a Facebook poll that asked viewers to vote for the character that they would like to bring back.

She recalled how excited she was when she received a call asking her to return. She said it was like “a family reunion.”

“To see all of these people that I’d worked with for so many years. It was really nice. It was really nice getting to give everybody such big hugs. I loved playing Courtney. That was such a big part of my life for such a long time. Even my family got involved. When I ended up getting it, my whole family was super thrilled because they loved everybody that I worked with over there,” she continued.

Viewers of General Hospital still want to see Willis back. The actress herself also said she’d love to return as a ghost or even as a different character.

“I would love to go back and work with them again. Yeah, if the opportunity ever came up, I would love that. It would be fun,” she said.