The Bold And The Beautiful Recap, Friday, May 17: Hope Catches Flo And Zoe Talking About Beth—Katie Tells Bill About Her Plan With Shauna 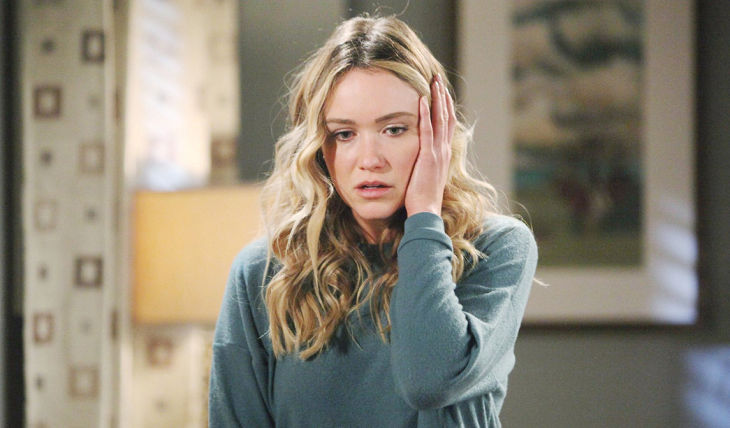 It begins at Brooke’s place, where Brooke tells Hope all about Katie’s plan to try to get Shauna to seduce Bill. Shauna herself then arrives and is happy to let everyone know that Bill passed her test. He’s 100 percent fully committed to Katie, despite her best efforts to seduce him. However, Brooke is worried that once Katie tells him of her plan, he might end up furious.

B&B Spoilers– Katie Admits She Tried To Trap Him

Back at Bill’s house, he and Katie are making out on the couch. Bill’s not sure about this sudden shift in Katie, but he’s not complaining. After one thing leads to another, Katie finally admits that she sent Shauna over to test Bill and his loyalty to her.

Bill is surprised at first but then admits that he understands why she did it. That’s because he’s hurt her so many times in the past. Bill then gets a text message that he’s coming home from his sleepover. Both Bill and Katie can’t wait to tell Will that they’ve decided to get married again. Brooke also gets a text message from Katie with the exciting news.

At the Forrester mansion, Zoe tells Flo that she’s made yet another bad decision. She can’t believe that she’s decided to move in with the Forresters. Zoe gets aggressive again and tells Flo she can’t do it. Flo fights back and keeps telling Zoe to back away and to back off from her life. Zoe insists that she’s the one who needs to back off and stay away from Wyatt Spencer (Darin Brooks) as well.

Zoe then states again that no one can ever find out the truth about Hope’s baby. At that very second, Hope enters the room and screams. Hope said that she heard them talking about her daughter Beth and wants to know why.