The Bold And The Beautiful Spoilers: Monday, May 20 – Hope Demands Answers from Flo And Zoe – Thomas Uses Caroline’s Words To Sway Hope 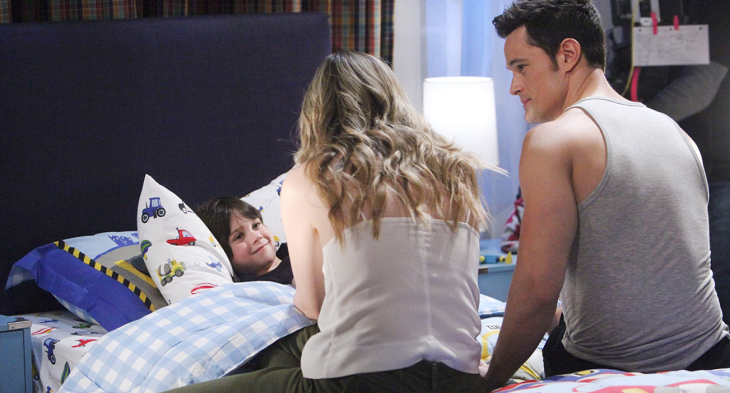 The Bold and the Beautiful (B&B) spoilers for Monday, May 20, tease that Florence “Flo” Fulton (Katrina Bowden) and Zoe Buckingham (Kiara Barnes) will be stunned speechless. As B&B viewers know, they’ve just been confronted by Hope Spencer (Annika Noelle), who happened to walk into the Forrester mansion while they were arguing about the “Beth” secret. Hope overheard them say Beth’s name, and now she wants answers.

Of course, now both Flo and Zoe are scared stiff. They’ve been caught, and they’ll have to come up with some sort of reasonable explanation for why they were discussing Hope’s deceased daughter. And Hope’s pretty upset about the situation being talked about behind her back, so they’d better come up with a good story and fast.

Well, according to B&B spoilers, the baby switch storyline is going to go on for quite some time, so don’t look for either Flo or Zoe to spill the beans to Hope on Monday’s episode. Rather, it appears that they’ll find some way to explain what Hope overheard. Perhaps they’ll cover by saying that they were simply talking about how they’re afraid to bring up the painful subject of Beth around Hope.

The Bold And The Beautiful Poll: Does Wyatt Have A Right To Be Angry With Sally Over Thomas? Vote Now!

Or maybe they’ll say that they were discussing how Hope’s been doing since coming back to work at Forrester Creations, and that led into a discussion of Beth and what happened on Catalina Island. Whatever they end up saying, it looks lie Hope will accept it and the three will be able to move on.

Meanwhile, on Monday’s new episode of B&B, Thomas Forrester (Matthew Atkinson) will devise yet another way to manipulate Hope. It seems that even after a stern talking-to by Liam Spencer (Scott Clifton), Thomas isn’t giving up. And this time, he’s going to use someone’s words from beyond the grave to do it.

Specifically, B&B spoilers say that he’ll use Caroline Spencer (Linsey Godfrey) directly to manipulate Hope. He previously told Hope that it was Caroline’s wish that she become Douglas Forrester’s (Henry Joseph Samiri) guardian in the event that something happened to her. 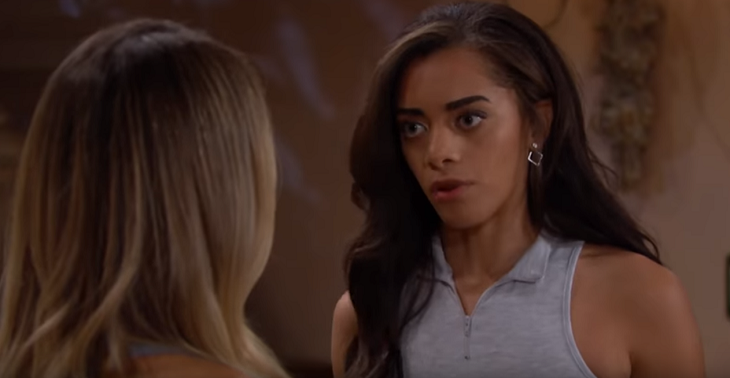 Well, now, it appears that Thomas is going to arrange it so that Hope sees for herself just how much Caroline wanted her to care for Douglas. A letter will surface that Caroline supposedly wrote before she died in which she wrote that she wanted Hope to care for Douglas if anything were to happen to her.

Of course, whether this will end up being a real letter from Caroline or a forged letter written by Thomas remains to be seen. But whatever the case, Thomas will plan to make this letter known to Hope, so that Hope sees just how right it is that the two of them come together to raise Douglas. It will be a sneaky plan on Thomas’ part.