The Young And The Restless Spoilers: Adam Struggles To Remember Life With Sharon – Desperate To Save His Son, Victor Tracks Down Chelsea 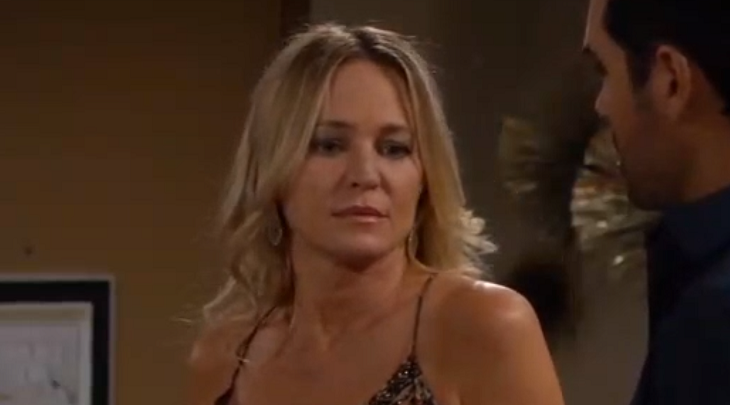 The Young and the Restless (Y&R) spoilers tease that Adam Newman (Mark Grossman) will struggle with remembering his life before the cabin explosion. Victor Newman (Eric Braeden) thought that Sharon Newman (Sharon Case) could jog his memory, but it isn’t working out as he thought it would.

Adam feels safe with Sharon, but he doesn’t remember their life together.  All he knows is he can trust her and she will do whatever she can to protect him, not only from his dad but from himself. Here’s what you need to know about what’s ahead on Y&R.

On Tuesday, Adam arrived in Genoa City. His first stop was to Newman Enterprises to see if he remembered his time running the company, but that was an epic fail.  He told his dad that hovering over him will not give him his memory back sooner.  Victor agreed to back off.

Y&R spoilers tease that Adam asked to be reintroduced to all the siblings one at a time.  Victor asked who he wanted to meet first.  Victor and Adam went to see Nick Newman (Joshua Morrow), who made peace with his brother and welcomed him home.

After seeing Nick, Adam went to the tack house, where he will be staying for now.  Sharon arrived to check on him.  Y&R spoilers state that Adam asked to go to her house to see if he remembers her place.  For a brief moment, he had a moment of familiarity in her home.  He couldn’t really say what it meant, but he thought felt safe in her home.

If Adam doesn’t remember Sharon, Victor fears he won’t remember Chelsea either.  Sharon tells Victor that she thinks Adam remembers Christian Newman (Tobias twins) which she finds strange since the child was not part of his life before the explosion.

When Victor tracks Chelsea down, will she bring his memory back?  Don’t forget to come back to Hollywood Hiccups later for more The Young and the Restless (Y&R) spoilers, news, and casting updates!