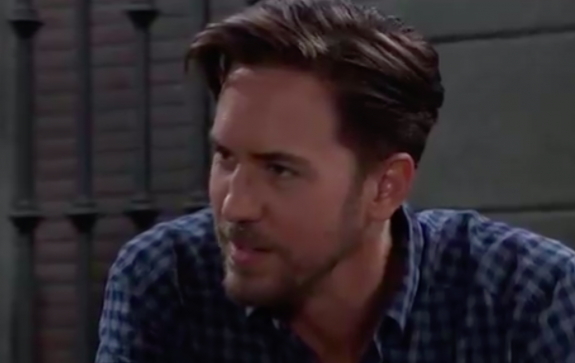 Since they will be at the Nurses Ball and Lulu Falconeri (Emme Rylan) is with them, who usually does the investigative reporting for “The Invader”, it will be a perfect time. Of course, Shiloh and Sam McCall (Kelly Monaco) will have needed to leave the table before any discussion of the story can begin!

Molly wants to do an investigative story on Dawn of Day and expose the cult, and of course its leader, Shiloh, for what it and he really are. She knows what happened to her sister Kristina Corinthos-Davis (Lexi Ainsworth) and is fearful that her oldest sister Sam is going down the same path, and maybe even worse!

General Hospital News: Kin Shriner Talks About Scotty’s Past And What’s Ahead For Him On GH

She tried to confront Sam and told her about the expose she was writing, and actually even pitched it to Peter right in front of Sam! Sam told her to drop it but no one has brought Molly into the loop about the sting that she and Jason Morgan (Steve Burton) are trying to do to bring Shiloh and the cult down for good! Maybe if they trusted Molly enough to tell her, then they wouldn’t be dealing with this potential problem now!

Molly’s expose could inadvertently bring danger down on many of her loved ones who she is trying to save, but she doesn’t realize who she is dealing with when it comes to Shiloh. She knows he is a predator but doesn’t realize how many of Port Charles’ power players among its infrastructure are aligned with him, District Attorney Margaux Dawson (Elizabeth Hendrickson) for instance!

No warrants and no authorized police investigations can be done as long as the DA isn’t on board! Shiloh has already retaliated against Willow Tait (Katelyn MacMullen) which shows the school principal is probably under his influence; Nina Reeves (Michelle Stafford) and Valentin Cassadine (James Patrick Stuart) are obviously not behind her firing.

Because Nina actually supported Willow in the meeting of parents over the presence of possibly gay students and a book about a child with two same-sex parents in a recent episode of GH! Stay tuned to General Hospital and keep checking General Hospital spoilers frequently for all the latest news, updates, developments, and of course, new spoilers!

As always, more detailed spoilers and a full collection of pictures for the week in question will appear on Hollywood Hiccups , where there will be more clues and hints over exactly what’s going on.