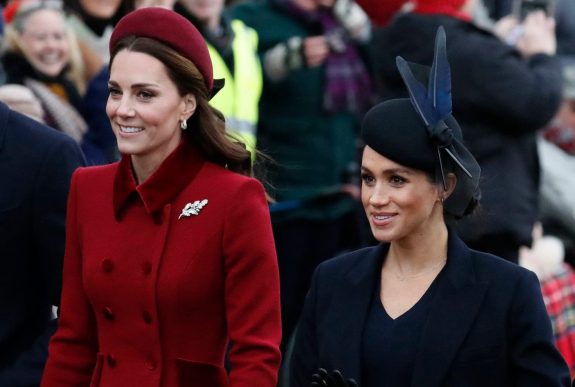 There was a huge wedding for the royal family this weekend but unfortunately, two very prominent members of the monarchy were not there to celebrate in all of the fun. Here’s what you need to know.

According to Harper’s Bazaar Lady Gabriella Windsor and Thomas Kingston got married in a beautiful ceremony at St. George’s Chapel. The couple tied the knot in the exact same place where Prince Harry and Meghan Markle had their own wedding ceremony on May 19, 2018.

While Prince Harry attended the wedding, his wife Meghan Markle stayed home to tend to their newborn son, Archie Harrison. Meghan gave birth to the little tot on Monday, May 6th.

Royal News: Meghan Markle Is Excused After The Birth Of Archie, But Where Is The Duchess of Cambridge

And while everyone can understand why the Duchess of Sussex wouldn’t want to get dressed and attend a social event right after giving birth, a lot of royal fans couldn’t help but notice that the Duke and Duchess of Cambridge were not at the wedding either.

Apparently, Prince William had a royal function to attend. One source close to the royals said, “Prince William is expected to attend the FA Cup Final later today, an essential part of his role as President of the Football Association.”

Today The Duke and Duchess of Sussex are delighted to share their first public moment as a family. They are so incredibly grateful for the warm wishes and support they’ve received from everyone around the world, since welcoming their son two days ago. Photo cred: Chris Allerton ©️SussexRoyal

Royal News: All Of The Duchess Of Cambridge’s Family Were There

But where was Kate Middleton? No one knows even though other members of the Middleton family were there, including Carole and Michael Middleton and Kate’s siblings, Pippa and James Middleton, too. There’s speculation that Kate didn’t want to attend the wedding herself and that’s why she decided to stay home with the couple’s three young children, Prince George, Princess Charlotte, and Prince Louis.

So far Buckingham Palace hasn’t made any comments. However, Queen Elizabeth Prince Philip, Princess Beatrice and even Sarah Ferguson were all in attendance.

With that said, we have a feeling that we will be seeing plenty of Kate Middleton in the coming months and of course Meghan Markle once she ends her maternity leave. Right now it looks like the Duchess of Sussex plans on staying at home with her newborn son until the end of the summer. It’s been noted that Meghan Markle doesn’t have any official royal engagements in her calendar until October.

In the meantime, keep up with Hollywood Hiccups for all the latest news right here!