The Young and the Restless (YR) Spoilers: Adam Newman’s Shooting Predictable, Return Was Never Going To Be Smooth 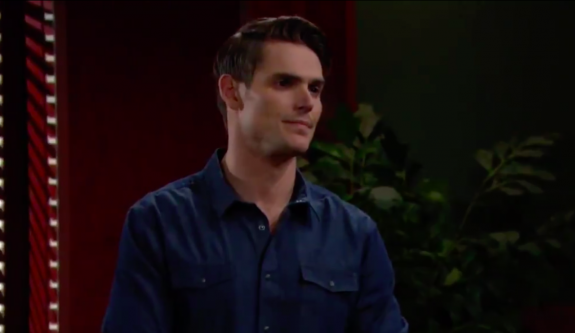 Adam Newman (Mark Grossman) just returned to Genoa City on ‘The Young and the Restless’. But the long-awaited revival of this character has now been quickly been turned, as hardcore fans expected.

Instead of memory loss questions being asked, involved family members and his one friend, Sharon Newman (Sharon Case), are wondering why he was shot? Of course the issue isn’t whether Adam will live, or not.

Y&R understand that Adam is simply using another of his nine cat lives. The first happened when Hope Adams (Signy Coleman) gave birth to Victor Newman’s (Eric Braeden) child on the farm in Kansas in the 1990’s.

Sure Adam takes a bullet in May 2019. But devoted soap opera viewers know that he’s in no danger of loosing his life. Y&R is adding to Adam’s antihero status, which is also true of some other residents in this fictional city.

Y&R Spoilers: Fourth Recast Of Adam Newman! Is It Too Much?

Suspension of disbelief allows willing viewers of any form of escapist fantasy to accept what is given to them. Doing so doesn’t prevent any audience members from using a believability range, however.

The challenge Y&R faces in casting a fourth adult Adam, since Chris Engen was first hired in 2008, is giving the bulk of the audience, which is likely represented on a regular basis by longterm viewers, fresh plot meat. Whatever Adam’s current situation, as long as surrounding drama is engaging and logically furthers the plot, it will be accepted and even cheered.

No normal human being could have survived all that Adam has during the past eleven years. The radical plastic surgery, that changed him from Michael Muhney to Justin Hartley was the hardest to digest. So writing a near-killing into the script, mere episodes after Grossman’s debut, is palatable.

Viewers assumed that Adam’s comeback was never going to be smooth. He wasn’t going to make easy amends and then live a quiet life working in a corner office at Newman Enterprises.

Adam Newman was, is, and should always remain in peril. Daytime destiny, as loyal Y&R fans know.