Young and the Restless Weekly Spoilers May 20 to 24: Adam’s Memories Flood Back—Rey And Sharon Move In Together –Mia and Arturo Move To Miami 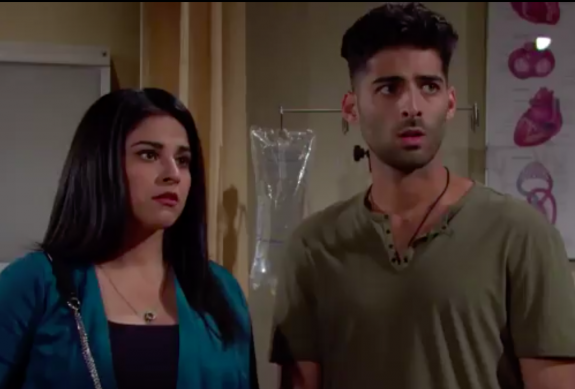 The Young and the Restless (Y&R) spoilers for the week of May 20 tease that Adam Newman (Mark Grossman) will be a focal part of the storylines. On Friday’s episode, Adam was shot by an unknown person and moving into the new week, he will fight for his life. Rey Rosales (Jordi Vilasuso) and Sharon Newman (Sharon Case) take their relationship to the next level. Here’s what you need to know about what’s coming up on Y&R.

Monday’s episode picks up with Sharon rushing to get Adam the help he needs after being shot in the stomach. Sharon meets Victor Newman (Eric Braeden) at the hospital as Adam is rushed to surgery. Y&R spoilers state that when he wakes up, he remembers his dad, teasing that his memory is back.

Also this week, Jack Abbott (Peter Bergman) will catch up with Adam. On Monday’s episode, Jack will learn that Adam is alive. Of course, it will be a shocking piece of information. Y&R spoilers state that Jack warns Billy Abbott (Jason Thompson) to stay away from Adam and not “do something stupid” to get revenge for his daughter’s death.

The Young and the Restless (YR) Spoilers: Adam Newman’s Shooting Predictable, Return Was Never Going To Be Smooth

By the end of the week, Jack will visit Adam. He considered Adam a close friend and often was a better father to him than Victor ever was. It will be interesting to see if Adam remembers Jack.

Young And The Restless Spoilers: Rey Rosales And Sharon Newman Move In Together

Young and the Restless spoilers say that Sharon is in for another shocker this week when Adam gets his memory back. He will remember his wife Chelsea Newman (Melissa Claire Egan). This will lead to him wanting to find her and not leaning on Sharon for support.

It’s a fact – there’s nothing like #YR. ❤️ Don’t miss all of the drama and romance this week! pic.twitter.com/ic2E9JIbMC

And lastly, Mia Rosales (Noemi Gonzalez) and Arturo Rosales (Jason Canela) will leave Genoa City to head to Miami. They will say goodbye to Rey and Lola Rosales (Sasha Calle). There’s no word on if they will return later, but there are reports Rey’s mother will be coming to GC in the coming weeks.