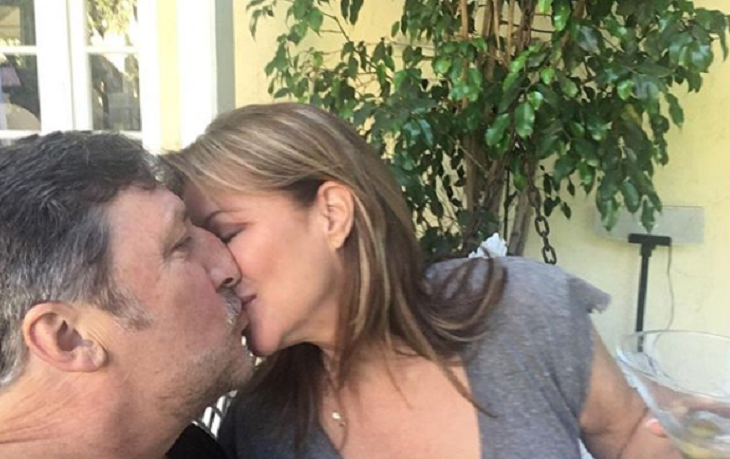 General Hospital (GH) spoilers tease that Nancy Lee Grahn, General Hospital’s Alexis Davis, may just have found “the one” if she’s not already married to him! Nancy caused a fan buzz earlier this year when she appeared to be displaying a wedding cake topper but has not confirmed or denied her marriage to the public or to her fans.

She’s been saying for several months that she’s been seeing someone, and now in a new Instagram post, she shows the two of them kissing with a hashtag “Beacon Of Hope” and writing that it took her 60 years!

Of course, as General Hospital and Nancy Lee Grahn fans know, she has never been married so this is a strong hint that there is either an impending or an already existing marriage, based on the first post with the scorched wedding cake topper!

She was involved for many years with actor Lane Davies, who appeared both on Santa Barbara as Mason Capwell, where she played Julia Capwell, and on GH, where he played Dr. Cameron Lewis, and it has been rumored for many years that he is the father of Nancy’s daughter Kate.

Nancy, however, has not yet named her true love, although if fans look through her various social media accounts (she also has Facebook and Twitter pages) you will spot him in various photographs here and there.

Thank you all for expanding my birthday joy with your lovely wishes. Took in all the love and am sending it back at ya. Im so damn lucky ❤️ #gh pic.twitter.com/C68KT6g0NU

General Hospital Spoilers– If Not Married, She’s Serious About Love

It appears they have been dating for several months if not longer! There is one picture grouping for her birthday in her Twitter account which he seems to figure prominently in, pre-haircut, but General Hospital fans can see it’s the same face! It does seem to indicate that they are very serious, considering he is in the family photos with her and Kate!

Nancy can be a private person, except with politics, whereas anyone who has followed her on social media knows she is very outspoken! But she shares freely about her daughter and the rest of her family including her mother and sister, and now she is including her significant other, although she has not yet told fans his name! Perhaps soon she’ll post another picture or make a formal announcement and tell General Hospital fans who the lucky guy is!