General Hospital Recap, Monday, May 21: Scott Confesses To Ava– Finn Prepares To Propose– Sam Plots To Get Info On Shiloh 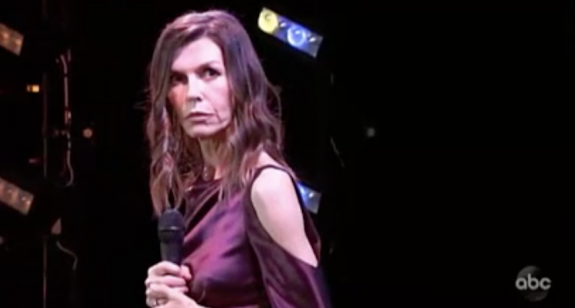 Welcome to your Monday, May 20th Nurses Ball General Hospital recap! We begin our day at the swanky Nurses’ Ball with the opening number led by Epiphany Johnson (Sonya Eddy) and all the GH nurses. They are singing Best of My Love by The Emotions. Bobbie Spencer (Jacklyn Zeman), Amy (Risa Dorken) and Felix Dubois (Marc Samuel) all have a go at singing the main part.

Lucy Coe (Lynne Herring) thanks everyone for coming to the ball and especially the nurses for the amazing opening act. Lucy Coe reminds everyone that it is a charity and to keep their wallets open.

At the Metro Court, Scott Baldwin (Kin Shriner) summoned Ava Jerome (Maura West) and Kevin Collins (Jon Lindstrom) to a hotel room. Ava asks what they are doing there and why would Lucy be there? She should be hosting the ball. Scott says that he saw Kevin sneaking off with Lucy earlier. He says that he admits it, he is trying to sabotage their relationship.

Ava and Kevin leave to go to the ball – Scott is left frustrated. 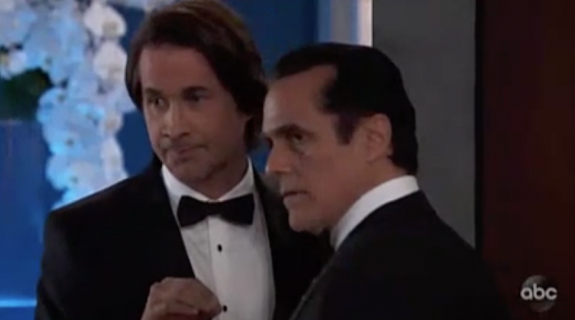 Mike Corbin (Max Gail) and Yvonne (Janet Hubert) thank Carly Corinthos (Laura Wright) and Sonny Corinthos (Maurice Bernard) for inviting them to the ball. Mike says this the perfect way to show off his new fiancée to everyone.

Carly and Jasper Jacks (Ingo Rademacher) are chatting about Josslyn when Cameron Webber (William Lipton) approaches. He asks if Josslyn is coming to the ball and they say no.

Mike introduces Yvonne to Bobby and she compliments her on the engagement ring. Epiphany sees the ring and compliments how beautiful it is and that Yvonne is as well.

At the bar in the Nurse’s Ball, Hamilton Finn (Michael Easton) greets his brother Harrison Chase (Josh Swickard) and his date Willow Tate (Katelyn MacMullen). They ask him if he’s okay as Willow goes back to her table. Chase tells him to propose – ring or no ring.

Felicia Scorpio (Kristina Wagner) sees Anna Devane (Finola Hughes) and asks who her date to the ball is? Anna gets upset and says its Finn she loves. She doesn’t understand what Robert Scorpio (Tristan Rogers) is doing.

Finn sees the ring on Yvonne’s finger and tells Sonny that it’s actually his.

Anna takes Robert away from the main room and asks what exactly it is that he’s doing. She says he’s important to her, but he is an ex and there is no going back in time.

Alexis Davis 9Nanacy Lee Grahn) and Dr. Neil (Joe Flanigan) are sharing a table at the ball. Alexis says she wants to tear off Shiloh Archer’s (Coby Ryan McLaughlin) head. Jacks comes over to the table and introduces himself to Dr. Neil. He says that Alexis is his ex-wife. 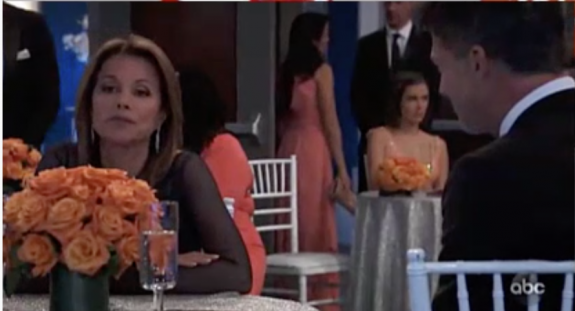 Cameron finds Lucy’s Llama backstage and his surprised. He pets the Llama and starts talking to it about Oscar. Cameron says he doesn’t understand why he is still alive, just as Felix walks in and says Budgie had gotten away. 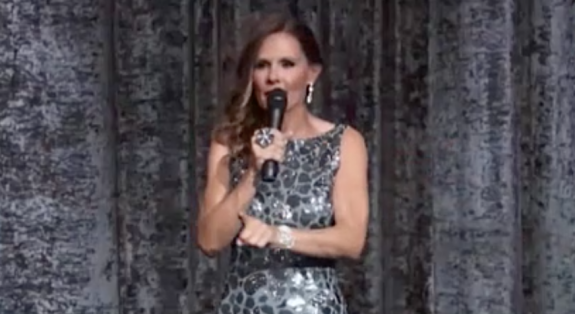 At home, Kristina Davis (Lexi Ainsworth) is trying to find a movie for her and Josslyn Jacks (Eden McCoy) to watch. Josslyn is distracted playing on her phone and says she doesn’t need a babysitter. Kristina tells Josslyn how sorry she is for everything that’s happened.

Kristina sees on social media that Sam is with Shiloh at the Nurse’s Ball.

Peter August (Wes Ramsey) approaches Sam and Shiloh and says Molly Lansing is going to do an expose. As Peter, Sam, Shiloh, Lulu, and Maxie all sit down – he says the expose is on a new organization in town called Dawn of Day. 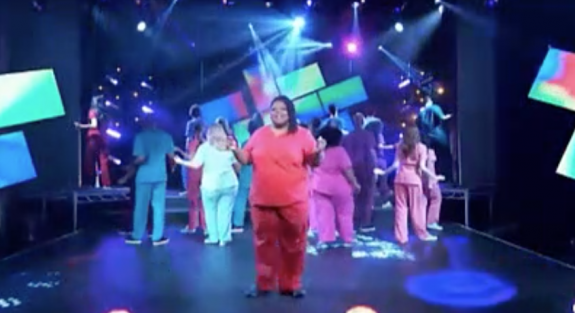 Willow tells Michael and Sasha that she was probably fired from the school because of Nina. Sonny lies to Mike and says that the ring Yvonne has is a fake, he’s trying to get it back for Finn.

Harrison Chase is next up for a huge dance number and sings the Chainsmokers “Something Just Like this”.

Lucy sees Cameron and asks if he’s okay to play guitar and sing without Josslyn, he says yes. Kristina shows up at the ball to confront Shiloh and Sam.

Anna gets up on stage and talks about HIV and the meaning of the ball. Finn and Robert are on the sidelines as the engagement ring flies on to the stage in front of her.