The Young And The Restless Spoilers: Jason Canela Talks Arturo’s Exit And Where You Can See Him Next 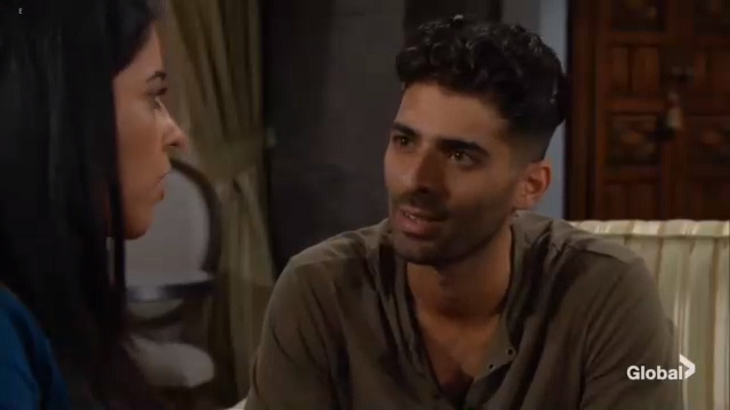 The Young and the Restless (Y&R) spoilers tease that Arturo Rosales (Jason Canela) will exit the CBS soap opera on Monday, May 20. Canela sat down with Soap Opera Digest and revealed how disappointing it was to find out Arturo was being written off the show.

Jason gave an update so the Y&R fans know where they can see him next. Here’s what you need to know about what’s ahead.

It wasn’t Canela decision to leave the CBS soap opera. However, he respected the writer’s direction and enjoyed his time on the show. He said he will be “forever grateful” for the opportunity the American soap gave him and the viewers for embracing Arturo so warmly.

Even though it was his call to quit the show, he is thankful for his time there. He said he put his heart and soul into the character, and he believe the viewers responded to his energy.

The talented actor has an HBO movie coming up titled, Make Love Great Again. It is about an American guy who falls in love with a Mexican girl. They get married and the system (immigration) tries to prove their marriage and love is not real.

Canela feels this story is important in today’s society as he can see this happening in real life. In the movie, he played his first comic relief, which he greatly enjoyed. He still isn’t sure how well he did, so he’s waiting to hear from the film’s viewers.

In another movie, Jason appears alongside Keanu Reeves in Always Be My Maybe. It’s a romantic comedy about two friends and he finally gets the nerve to tell her how much he cares about her. She texts him to meet him and when they meet, she says that she met a great man. And, Canela said that’s all he can say about the movie without giving away the end.

Jason said that with Jordi Villasuso (Rey Rosales) and Sasha Calle (Lola Rosales) on the show, he and Noemi Gonzalez (Mia Rosales) have the potential to come to Genoa City for a visit.

It sounds like Jason Canela is doing great things. Don’t forget to come back for more The Young and the Restless (Y&R) spoilers, news, and casting updates!