General Hospital Recap, Tuesday, May 21: Finn Pops The Question –Kristina Has An Outburst About Shiloh–Nina Finds Out Willow Has A Child 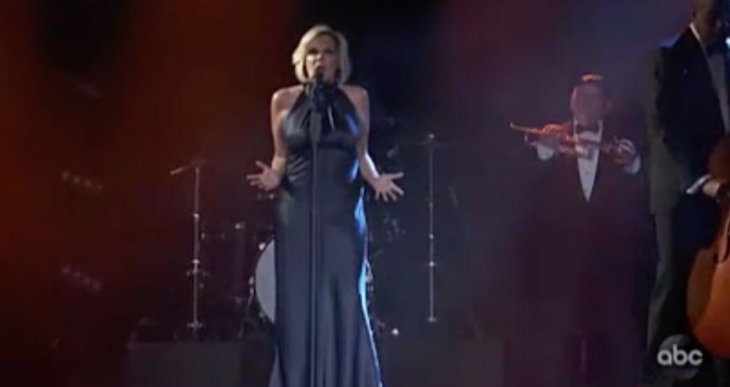 Welcome to your Tuesday, May 21 Nurses Ball General Hospital recap! We begin our day at the Nurse’s Ball where the ring has flown onto the stage in front of Anna Devane (Finola Hughes.) Hamilton Finn (Michael Easton) walks over and gets down on one knew. In front of everyone, he asks her to marry him.

At the Corinthos mansion, Cameron Webber (William Lipton) has gone over to check on Josslyn Jacks (Eden McCoy) since she said she was too sad to come to the Nurses Ball. Cameron says he has a recording from Oscar Nero (Garren Stitt) that he wants her to listen to tonight.

At the Nurses Ball, Kristina Davis (Lexi Ainsworth) approaches Shiloh Archer (Coby Ryan McLaughlin) and her sister Sam McCall (Kelly Monaco) and ask what the hell they are doing? Kristina insists on talking to Sam alone and away from Shiloh.

Kristina yells at them that Dawn of Day is a cult and Shiloh is evil. Her mother Alexis Davis (Nancy Lee Grahn) pulls her away from them and Sonny confronts Shiloh. Kristina freaks out that Sam is falling under his spell.

At the ball, Kevin Collins (Jon Lindstrom) is with Ava Jerome (Maura West) and he makes a call to Laura Spencer (Genie Francis). Kevin leaves a voicemail with Laura checking to make sure she is okay.

We flash to Laura Spencer (Genie Francis) and Curtis Ashford (Donnell Turner) lying in the snow unconscious with flames around them. Curtis starts to wake up as the flames continue, we can hear a firetruck siren in the background.

Laura and Curtis are awake and being treated by the medics. They say they need to talk to the cops about Ryan Chamberlain, he has escaped. 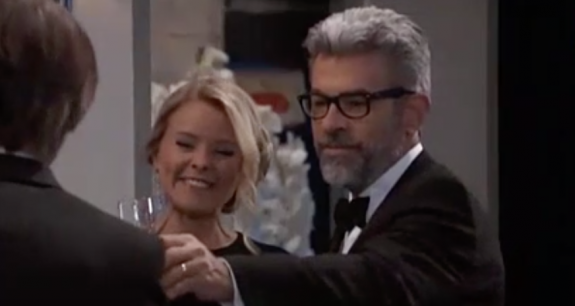 Cameron has the CD for Josslyn and hands it to her to watch alone. Josslyn turns on her laptop and watches the video from Oscar. He assumes she is singing at the ball.

Cameron arrives back at the ball and Elizabeth asks him where he has been. 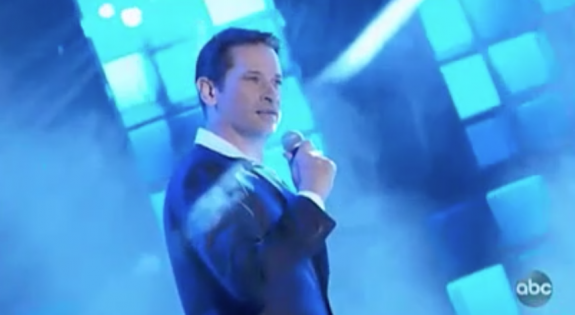 Elizabeth Webber and Franco Baldwin (Roger Howarth) chat about how happy they are for Finn and kiss.

Dr. Obrecht (Kathleen Gati) has a sing/dance number at the ball – she’s singing a classic “Guilty” by Barbara Streisand. Everyone looks on semi-horrified – including her niece Nina.

Franco comes out and joins her in the song, which shocks Elizabeth. Afterward, she tells him how great he was.

GH Spoilers– Willow Gets A Call From Diane

Willow Tate (Katelyn MacMullen) gets a call from Diane Miller and runs right into Nina Reeves. She spills her drink and takes off. 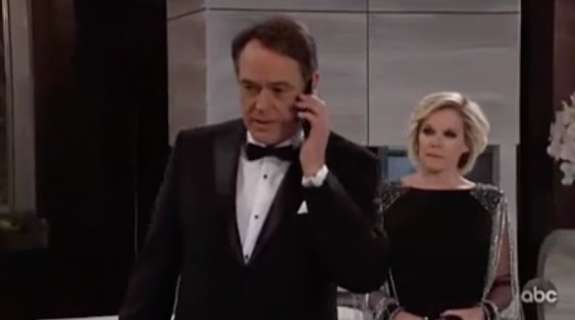 Josslyn shows up at the Ball to see Cameron sing his song. Cameron begins his song on guitar, as photos of Oscar and his family play in the background.

Nina overhears the phone call with Diane and realizes Willow has a child. They argue and as Nina walks away angrily, Shiloh appears.

Ava is next up to do her act and sings “Can’t Take My eyes off of you” – we see a figure lurking who has a glove on his hand. …flash to preview