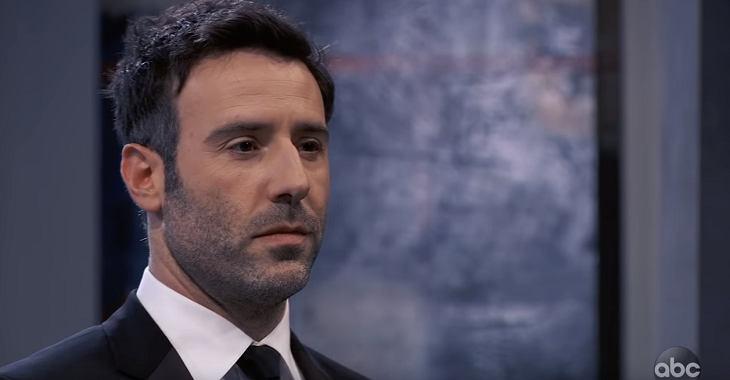 General Hospital (GH) spoilers tease that Kristina Corinthos-Davis (Lexi Ainsworth) will be very upset with her older sister Samantha McCall (Kelly Monaco) this week. It looks like she might even confront her at the Nurses’ Ball, likely about her appearing with smarmy Shiloh Archer (Coby Ryan McLaughlin) as her date!

Now that Kristina has seen the light about Shiloh and the Dawn of Day, she’s worried that Sam is being deceived and following the same sordid path to nowhere that she was on!

Of course, as General Hospital viewers know, Sam is trying to take Shiloh down and this is a sting. Kristina and youngest Davis sister Molly Lansing-Davis (Hayley Pullos) are not in on it so they are both very worried about Sam!

However, they have good reason to be worried; the way Sam is going about this has even Jason Morgan (Steve Burton) and Sonny Corinthos (Maurice Benard) worried, and Damian Spinelli (Bradford Anderson) isn’t wild about “Fair Samantha” putting herself in danger from a predator either!

General Hospital viewers who have been watching the show for any length of time at all know Kristina is very outspoken (as is Molly!) and she will make no bones about it and cut to the chase as she publicly confronts Sam, more than likely at the Nurses’ Ball and maybe even in front of Shiloh himself!

Kristina won’t care and she won’t think ahead to the possibility that Shiloh is worse than anyone things and much more dangerous than anyone thinks; she could be putting her sister in danger and push Shiloh to use his leverage, “the pledge” against Kristina as well. If the pledge is what GH viewers saw on the screen about Kiefer Bauer (Christian Alexander) then it’s probably not that much to worry about because Alexis Davis (Nancy Lee Grahn) cannot be tried again for it in a court of law.

But what if there are two pledges, and General Hospital has only shown viewers the one? Shiloh’s no idiot, he probably checks out the information and already knows that Kristina’s pledge cannot be used legally against her or her family! But then, where Shiloh is concerned, he doesn’t care about “legal” anyway!