General Hospital Spoilers: Josslyn Gets A Sweet Note– Is It From Oscar? 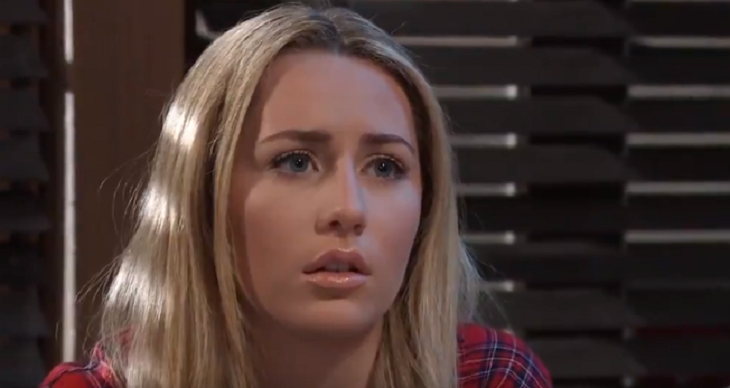 General Hospital (GH) spoilers tease that Josslyn Jacks (Eden McCoy) will receive a sweet note this week on General Hospital! Chances are, it will be something Oscar Nero Quartermaine (Garren Lake Stitt)wrote her before he died, knowing she would need it after he was gone.

This may be the very thing to get her to come to the Nurses’ Ball as she had promised she would do, regardless of what happened.

The two were going to perform a song together that Oscar had started writing, had he not succumbed to his terminal brain tumor. Ned Quartermaine (Wally Kurth) helped him finish it at his request but if she doesn’t go to the Ball, who is going to perform it?

Chances are she and Ned might perform it together, or possibly she and Cameron Webber (Will Lipton) if he has the singing ability!

GH Spoilers– Will Joss Make It To The Nurses’ Ball?

General Hospital viewers know from the previews of the Nurses’ Ball showing a sneak peek of Detective Harrison Chase (Josh Swickard) performing his number, that Joss will make it – eventually! She has a dress reserved right by Lulu Falconeri’s (Emme Rylan)!

She just may need a little encouragement and inspiration from “beyond the grave” from Oscar, to keep on keeping on even though he’s gone. No, it may not be the same as if he were with her in the flesh, but she should be able to feel him in her heart and abide by his pre-mortem wishes for her to perform the song that they were going to perform together.

Other General Hospital spoilers tease that Oscar possibly pre-recorded his parts of the song and that she will perform with him that way, but General Hospital viewers will recall that Oscar was getting pretty weak in his last days, and he’d had Ned help finish the song so Oscar’s ability to have recorded the song with his singing and playing guitar may be questionable.

However, once she gets there at the Nurses’ Ball and puts her dress on, perhaps Josslyn will feel like Oscar is there, if only in her heart. Or, as Alan Quartermaine (Stuart Damon) does with Monica Quartermaine (Leslie Charleson) every once in a while, maybe his ghost will drop by for a visit and encourage Joss! There are rumors that not all of Garren’s scenes have been shown, but time will tell!