The Bold And The Beautiful Recap, Tuesday, May 21: Shauna And Flo Move Into The Forrester Mansion– Hope And Liam Marriage Over 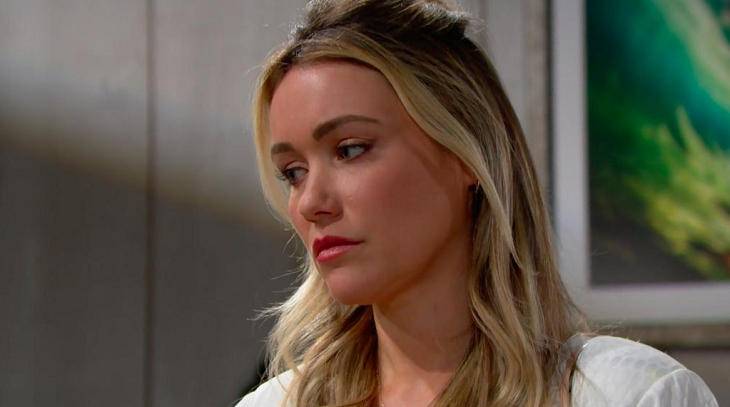 It begins at Wyatt Spencer’s (Darin Brooks) beach house. He and Liam continue to talk about Thomas and how he is trying to undermine Liam by pulling Hope away from him. Wyatt asks his brother if he has any feelings for Steffy and if his marriage with Hope is going anywhere. Liam admits that he misses his daughters and wants to be a full-time father for them. He also realizes that Hope is feeling more connected to kids these days than to her own husband.

At the cabin, Hope is convinced that the letter she read from Caroline Spencer is actually about her. Little does she realize that it was Thomas who actually forged the letter. At that moment, Douglas wakes up from his room. He’s crying and says that he misses his mother. Douglas says that he had a nightmare in which he was by himself and felt lost.

Hope says that she’s had the same dream before, too. Douglas then feels more relieved and says that Hope helped make him feel better the same way his mother used to when she was still alive. He then gives her a hug. Douglas asks Hope if she can stay in his bedroom until he falls asleep.

BOLD Spoilers– The Fultons Move In With Eric & Quinn

At the Forrester mansion, Quinn Forrester (Rena Sofer) is over the moon excited over the fact that Flo and Shauna are moving into the mansion with her. Shauna is just as excited and is looking forward to putting her past behind her.

Hope is clearly affected while reading the letter that Caroline wrote before she died. WATCH FULL EPISODE: https://t.co/1qYLGqnNTz #BoldandBeautiful pic.twitter.com/K0l6CJvl31

Quinn tells Shauna that she cherishes their friendship. Shauna thanks her in return and says that she’s always felt they were best friends. Quinn goes as far as saying that they are like a family now but she doesn’t want to push Wyatt and Flo into doing anything they don’t want to do. However, she says that Flo has always been the perfect girl for Wyatt. Quinn then tells Shauna that she was never a fan of Sally Spectra (Courtney Hope).

Instead, she wants Wyatt to be with a woman like Flo because she is more trustworthy and has better principles than Sally. Flo looks at Quinn nervously but smiles.