The Bold And The Beautiful Spoilers: Wednesday, May 22 – Lope’s Marriage Falls Apart – Flo’s Paralyzed By Feelings Of Guilt 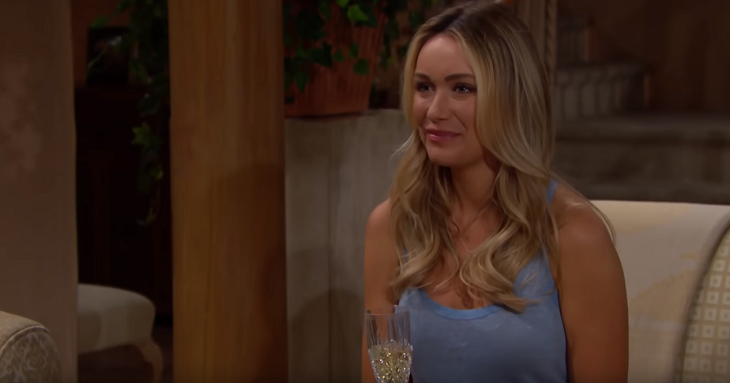 The Bold and the Beautiful (B&B) spoilers for Wednesday, May 22, tease that heartbreak will be on the agenda for Hope Spencer (Annika Noelle) and Liam Spencer (Scott Clifton) as they find their marriage crumbling around them. As B&B viewers know, Hope has just been deeply affected by a letter allegedly written by Caroline Spencer (Linsey Godfrey), as well as by an intense interaction with Douglas Forrester (Henry Joseph Samiri) during which she promised to take care of him.

Hope desperately needs a direction in life, and she’s decided that having another child with Liam is off the table. Hope may come to see that her relationship with Liam is directionless and only holding him back from being a proper father to Kelly Spencer (Chloe Teperman and Zoe Pennington) and Phoebe Forrester (Isabella de Armas and Rosalind Aune).

As B&B viewers know, Hope sees a direction for her life when she thinks about Douglas and his needs. It certainly looks like she’s going to come to the decision that she wants to be a full-time mother figure to Douglas and that she’ll want to free Liam to go be with Steffy Forrester (Jacqueline MacInnes Wood) and the girls.

And then there’s Liam, who has just had a heart-to-heart with Wyatt Spencer (Darin Brooks) about his life and his needs. During that conversation, Liam admitted that he misses Kelly and Phoebe and that he even misses Steffy. So when Hope once again brings up the possibility of splitting up, which it certainly looks like she’s going to do, Liam may not resist.

B&B viewers can expect some sad, heartbreaking scenes on Wednesday episode, as Hope and Liam make a difficult decision about their marriage. It’s certainly looking like they will come to the devastating realization that their marriage just isn’t meant to be and shouldn’t continue.

Hope is clearly affected while reading the letter that Caroline wrote before she died. WATCH FULL EPISODE: https://t.co/1qYLGqnNTz #BoldandBeautiful pic.twitter.com/K0l6CJvl31

Meanwhile, on Wednesday’s episode of B&B, Florence “Flo” Fulton (Katrina Bowden) will once again be feeling intense guilt. She and Shauna Fulton (Denise Richards) have just moved into the Forrester mansion with Quinn Forrester (Rena Sofer) and Eric Forrester (John McCook), and Quinn has just gushed about what an honest and principled person she is.

Of course, that will make Flo feel terrible since she’s keeping a huge secret about Hope and Liam’s baby. She’s under tremendous pressure from Reese Buckingham (Wayne Brady), Zoe Buckingham (Kiara Barnes), and Shauna to keep the baby swap secret, but Flo feels conflicted about the whole thing.

The Bold and the Beautiful spoilers say that Flo will feel torn between her new life as a Logan and her desire to be an honest, upstanding person. Chances are, her guilt is only going to intensify going forward, especially when she learns about Hope and Liam’s eventual split.

Be sure to tune in on Wednesday to catch up on everything happening on B&B right now. Check Hollywood Hiccups often for updates, news, rumors, and spoilers!   As always, more detailed spoilers and a full collection of pictures for the week in question will appear on Soap Opera Spy, where there will be more clues and hints over exactly what’s going on.