The Young And The Restless Spoilers: Wednesday, May 22 – Victor’s Got A Plan – Victoria & Billy Team Up Against Adam – Sharon And Rey Get Faith’s Blessing 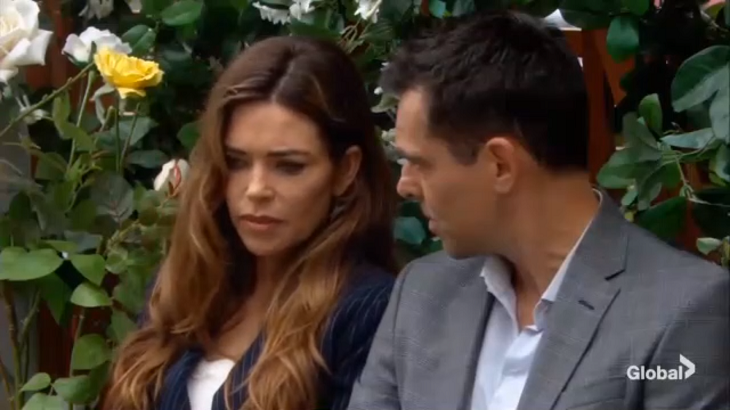 The Young and the Restless (Y&R) spoilers for Wednesday, May 22, tease that Billy Abbott (Jason Thompson) will visit Delia Abbott’s (Sophie Pollono) grave and tell her that not a day goes by that he doesn’t miss her. He’ll say that things were a little less painful when Adam Newman (Mark Grossman) was gone, but now his rage is back.

Meanwhile, Jett Slade (Gilbert Glenn Brown) will tell Devon Hamilton (Bryton James) that he wants to get back on the road, but then Elena Dawson (Brytni Sarpy) will arrive at the penthouse and balk at the idea, worried about his vocal cords. Jett will say that he needs to do this.

Then Michael Baldwin (Christian LeBlanc) will arrive to discuss the reading of Neil Winters’ (Kristoff St. John) will. They’ll try to schedule a date, but Devon will stall – he doesn’t know if he’s ready to close the book on his dad. Michael will note that Devon has a whole lot of life left, despite his recent losses.

Next on Y&R, at Sharon Newman’s (Sharon Case) house, she and Rey Rosales (Jordi Vilasuso) will chat about moving in together when Faith Newman (Alyvia Alyn Lind) arrives. The three will head to the park, and Faith will tell Rey that “the pressure is on to impress her.”

The Young And The Restless Spoilers: Tuesday, May 21 – Adam Needs A Fall Guy For His Shooting – Victor Demands Family Unity – Victoria Confronts Adam

After Rey leaves, Sharon and Faith will have a heart-to-heart. Faith will admit that Rey seems to make Sharon happy. Sharon will ask her daughter to keep an open mind, and Faith will think it’s possible for the three of them to be happy together.

Young And Restless Spoilers– Lola And Kyle Look For A Place

Next on Y&R, at Crimson Lights, Kyle Abbott (Michael Mealor) and Lola Rosales (Sasha Calle) will search the computer for places to live. They’ll decide to raise their budget in order to find a suitable place. They’ll think that Rey’s apartment would be ideal, but alas, it’s occupied.

At Newman Enterprises, Billy will arrive to talk to Victor Newman (Victor Braeden) about Adam. Billy will want to know why Victor brought Adam back, and he’ll say he’ll never forget what Adam did to his daughter. Victor will say Adam is his son, and he won’t turn his back on him. The two will argue about Adam and his trail of destruction, which includes Delia. 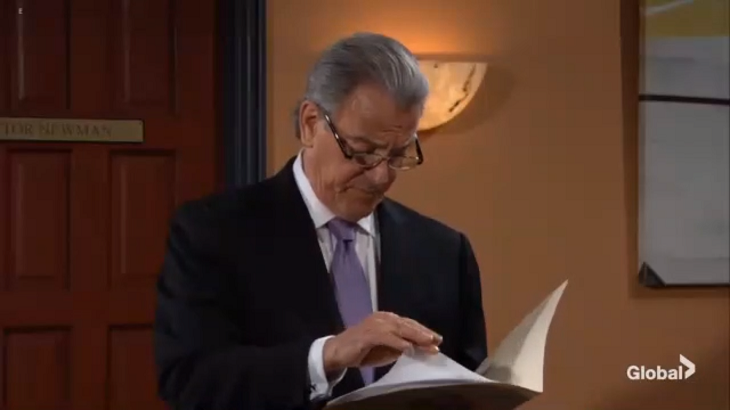 Next on Y&R, at the hospital, Victoria Newman (Amelia Heinle) will tell Adam that she’s not threatened by him. They’ll bicker, and Adam will say he wants to talk to her and Nick Newman (Joshua Morrow) together, but he wants to regain some strength first.

Back at Crimson Lights, Elena will chat with Jett and Ana Hamilton (Loren Lott) about her concerns that Jett will have a setback. Jett will insist that he wants to spend whatever time he has left doing what he loves. Elena will say that as long as he’s careful he should be ok, and she’ll be there to keep an eye on him. Jett will say she doesn’t need to go with him – it’s not like the situation with her mother.

Across the room, Rey will arrive to find Kyle and Lola apartment hunting, and Rey will wonder if Kyle’s even divorced yet. Kyle will say that Summer Newman (Hunter King) is a non-issue and that he loves Lola, and Lola will intervene and tone down Rey. After they leave to go check out a loft downtown, Rey will call Sharon and they’ll decide to move in together, pending approval from Faith – Rey even knows someone to take over his lease. 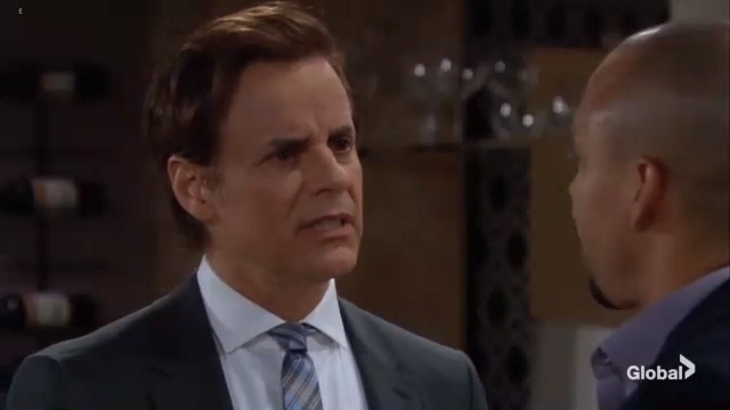 Back at Devon’s place, Elena will arrive to find Devon brooding about Neil’s will. They’ll discuss Jett’s plan to go on tour, and Elena’s plan to stay. Devon will say that it’s much better if Elena stays. They’ll both want to focus on the future. Michael will interrupt with a call, and Devon will schedule the will reading asap.

Next on Y&R, in Chancellor Park, Victoria and Billy will meet up to discuss Adam. Billy will hope that Victoria saw him for who he was when she visited him, and Victoria will say that all of their history came back. Together, they’ll wonder what Adam’s plans are and ultimately decide to team up against him.

Finally, on Wednesday’s episode of Y&R, Adam will get a text from someone saying that they found a fall guy and asking what’s Adam’s next move is.

Be sure to tune in on Wednesday to catch up on everything happening on Y&R right now. Check Hollywood Hiccups often for updates, news, rumors, and spoilers! And as always, don’t forget to check back with Hollywood Hiccups for all the latest news, updates and spoilers on The Young and the Restless (Y&R)and all of your favorite daytime television shows right here!