Days Of Our Lives Spoilers: Ben Catches Claire About To Torch Tripp’s Clothes 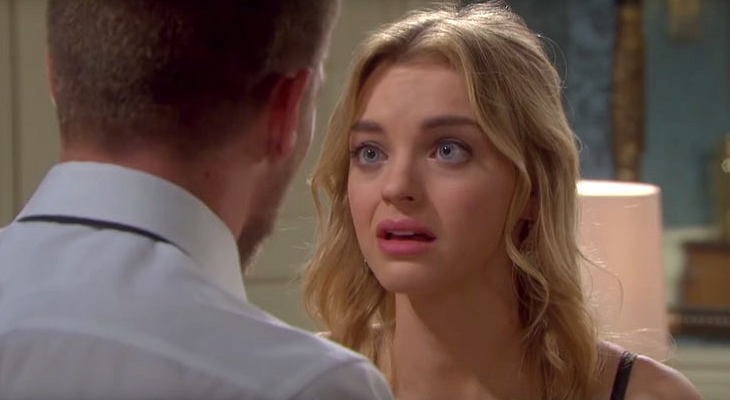 Days of Our Lives (DOOL) spoilers tease that Ben Weston (Robert Scott Wilson) will get quite the shock. He’s known for a while that Claire Brady (Olivia Rose Keegan) was manipulative and vindictive, but he’s about to get a big reality check. As DOOL viewers know, Claire is beyond upset over her breakup with Tripp Dalton (Lucas Adams).

In Claire’s warped mind, she did everything in her power to save her relationship with Tripp. When Tripp married Haley Chen (Thia Megia) to keep her in the country, Claire freaked. She didn’t want Tripp playing house with another woman, and she was deeply worried that he’d end up falling for Haley and vice-versa.

As DOOL viewers know, things started getting worse for Claire when she found out that Tripp and Haley would have to stay married for three years, and that she’d have to move out of the loft. That was the last straw for Claire, and so she decided to use the recording she had made of Tripp admitting that his marriage to Haley was a sham.

And after she made that fateful move, it wasn’t long before Tripp realized what she had done, and he promptly dumped her. Of course, Claire was outraged, and her destructive ways started coming to the surface. We can’t forget that Claire’s the one who set the first cabin fire that nearly killed Ciara Brady (Victoria Konefal), so she’s definitely got it in her to do some serious damage when pushed.

Well, according to Days of Our Lives spoilers, Claire will once again unleash her fury. She’ll decide that Tripp deserves a wake-up call, and so she’ll gather a bunch of his clothes, put them in a pile, and be prepared to light them on fire when Ben walks into the loft. He’ll catch her nearly in the act, but she’ll probably have some cover story.

Still, Ben’s a pretty perceptive guy, so he’ll probably figure out what was about to go down when he walked in. And that may get him thinking about that unsolved cabin fire. He’s been blamed by multiple people over the past year for that fire, so he’s particularly invested in finding out who actually set the fire.

Looks like it's time to make a run for it. #DAYS pic.twitter.com/3RUGhuAbfO

Days of Our Lives spoilers say that Ben will soon share his observation of Claire nearly torching Tripp’s clothes with Ciara soon, as well as his suspicions that perhaps Claire was responsible for the cabin fire. After all, if she was willing to potentially set the loft on fire just to get revenge on Tripp, then it stands to reason that she could have set the cabin fire to get revenge on Ciara.

It certainly looks like this will start the beginning of the end for Claire. As DOOL fans may know, Olivia Rose Keegan, who portrays Claire, will be leaving the show this autumn, so it’s possible that she’ll leave to get help for her fire-starting tendencies. Viewers will have to wait and see!