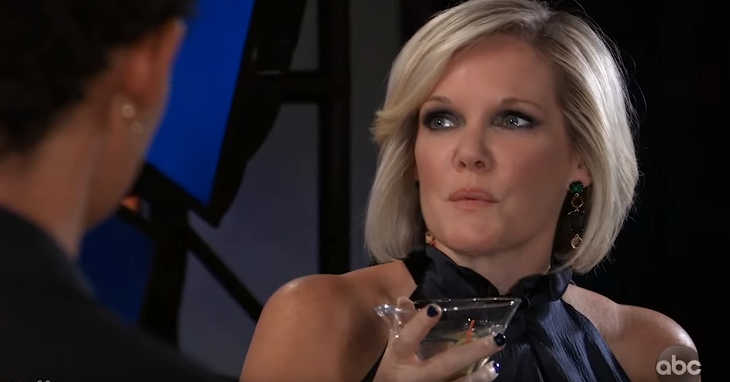 General Hospital (GH) spoilers for Thursday, May 23 promise another day of exciting drama and tense situations for the viewers as several storylines come to a head! First, at General Hospital, Curtis Ashford (Donnell Turner) is back from Toronto and by his wife Jordan Ashford’s (Briana Nicole Henry) side, along with her son TJ Ashford (Tajh Bellow).

There’s a problem as TJ shouts that Jordan is in “V-fib”; meaning ventricular fibrillation; this is a serious heart rhythm problem which happens in one of four dialysis patients, and it’s not good news for Jordan or the Ashfords; it means she could die suddenly!

Before leaving the Metro Court, Ryan promised his brother a timely demise before knocking Scott Baldwin (Kin Shriner) out with an ice block grip on his way out in Wednesday’s episode! Will Kevin still be alive after hanging there that long?

Meanwhile, Ryan apparently followed Ava Jerome (Maura West) to a vacation cabin she had called ahead to have the leasing office open up, thinking she would be able to hide from him there – or is this a trap for Ryan? He tells her she has no idea how much he missed her while holding a knife!

Back at the Metro Court, apparently, since Nina Reeves (Michelle Stafford) can be seen in the background in her ball dress, Mayor Laura Webber (Genie Francis) corners District Attorney Margaux Dawson (Elizabeth Hendrickson) as she lets her have it with both barrels about not having let the Port Charles Police Department follow up on Ryan Chamberlain before, blaming her directly for a woman’s death!

Still at the Metro Court, a very scared Willow with Michael Corinthos (Chad Duell) by her side talks to her boyfriend Detective Harrison Chase (Josh Swickard) and lets him know that Shiloh knows about the baby!

Shiloh, on the other hand, appears to be in the Port Charles Dawn of Day initiation room anyway instead of elsewhere as most General Hospital viewers thought, on top of an unconscious Sam McCall (Kelly Monaco) telling her he was going to “show her a new dawn”! Meanwhile, Sonny Corinthos (Maurice Benard) and Jason Morgan (Steve Burton) are getting ready to show Shiloh a new afterlife as they are outside monitoring in a car and Jason says it’s time to roll!