The Bold And The Beautiful Spoilers: Steffy Returns From Paris And Stunned By Lope Divorce News 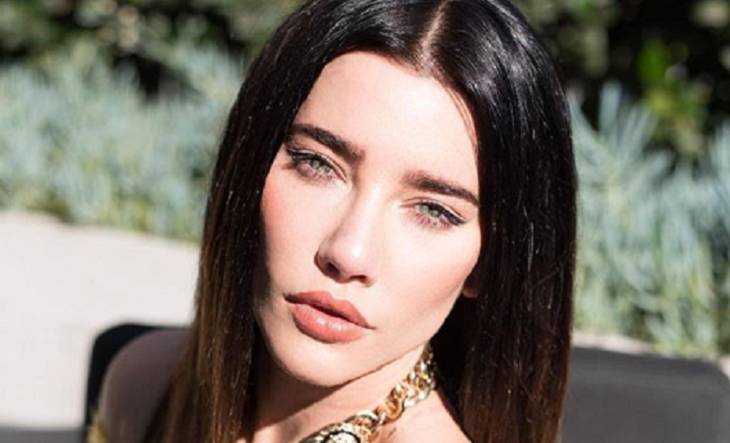 The Bold and the Beautiful (B&B) spoilers tease that Steffy Forrester (Jacqueline MacInnes Wood) will return to Los Angeles on the B&B episode airing on Thursday, May 23. She’ll bring Kelly Spencer (Chloe Teperman and Zoe Pennington) and Phoebe Forrester (Isabella de Armas and Rosalind Aune) back home with her, and they’ll all be thrilled to be reunited with Liam Spencer (Scott Clifton).

But Steffy will be in for a big shock when she finally gets settled in and gets updates from Liam about what’s been going on since he returned from Paris. As B&B viewers know, Liam was recently in Pairs visiting Steffy and the girls when he learned that Thomas Forrester (Matthew Atkinson) was making moves on his wife Hope Spencer (Annika Noelle). Liam rushed home to save his marriage, and it certainly looked at first like he had done so.

But coming up on B&B, viewers will share in the heartbreak as Liam and Hope ultimately end their marriage. According to B&B spoilers, Hope will decide that she just can’t go on with Liam. Ultimately, the strain of losing their daughter and Hope’s pull toward little Douglas Forrester (Henry Joseph Samiri) will be too much and Lope will call it quits.

Well, this news is going to come as a real stunner for Steffy, who has recently done everything she could to support Lope’s marriage. In fact, the reason she went to Paris in the first place for some time away was to give Hope and Liam time to strengthen their marriage. But instead, Liam will tell Steffy that despite all of his efforts to make the marriage work, it’s over.

BOLD Spoilers– Steffy Will Support Her Ex, BUt No Steam Reunion Yet

It looks like Steffy will offer her support to Liam, but don’t look for Steffy and Liam to immediately get back together. It looks like that will be the last thing on Steffy’s mind, or on Liam’s mind for that matter. Rather, Steffy will probably talk to Liam and encourage him to continue to fight for Hope.

Steffy will also probably be interested to hear what her brother Thomas has been doing to interfere in Lope’s marriage. She may decide that she needs to reign in her brother, or hope that if she talks to him, then he’ll leave Hope alone. However, it doesn’t look like that’s going to happen anytime soon.

This one is for all of the #Lope fans out there. 💖 #BoldandBeautiful pic.twitter.com/bbcmDH5HRM

In fact, B&B spoilers indicate that Thomas is going to be happy and smug about Lope’s breakup, and he’ll even use the opportunity to plant another kiss on Hope! It will be a mess, and Steffy just might intervene and tell Thomas to back off.

At any rate, it looks like Lope’s marriage will be done for good, despite any of Steffy’s efforts to help put their union back together. Are you sad to see Lope come to an end?

She’s a rebel, rival, and ready to rock. 💥 Steffy returns this Thursday on #BoldandBeautiful! pic.twitter.com/UKDS86ELeq