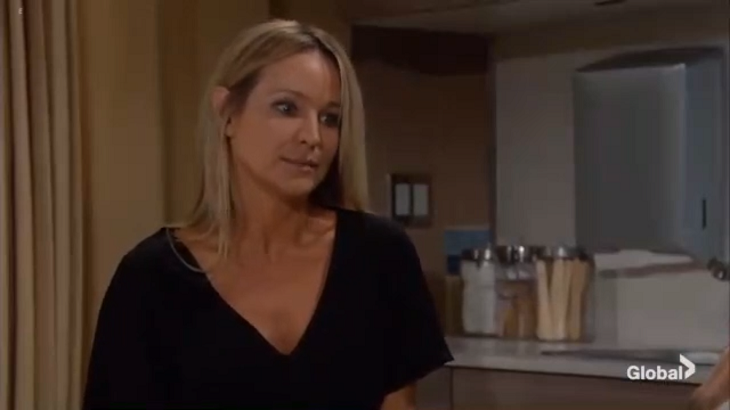 Sharon Newman (Sharon Case) responded to Victor Newman’s (Eric Braeden) request for help on The Young and the Restless. When she agreed to assist Adam Newman (Mark Grossman) a fully unexpected link to Sharon’s past was reestablished. With that, the door to trouble reopened and a near-term, or eventual ‘Shadam’ reunion became possible.

Rey Rosales (Jordi Vilasuso) is no longer with Mia Rosales (Noemi Gonzalez), who’s just returned to Miami, Florida, with the first love of her life, Arturo Rosales (Jason Canela). Rey believes that Sharon is his present and future, possibly also becoming a wife.

Sharon is fully committed to Rey, backstory Y&R has created through the years means that Adam is a threat to ‘Shey’. Whether ‘Shadam’ will be tapped is not known at this point. Plus, readers of this comprehensive soap site understand that Melissa Claire Egan (Chelsea Newman) will soon be seen again on screen, meaning that ‘Chadam’ is a serious candidate to reform.

Y&R Spoilers– Will Adam And Chelsea Reunite Or Does She Love Nick?

The Young And The Restless Spoilers: Wednesday, May 22 – Victor’s Got A Plan – Victoria & Billy Team Up Against Adam – Sharon And Rey Get Faith’s Blessing

As for the now revealed recent past, Adam was calling himself ‘Spider’ when he was living in Las Vegas, Nevada, where he operated as a freelancer poker star. He fronts knowledge of someone from that geographic area as being his shooter, but fans can’t tell what the full truth is because enough information hasn’t been provided.

Adam’s phoned request to an unidentified person for a “fall guy” was telling, as the dark side of him surely survived Chloe Mitchell’s (Elizabeth Hendrickson) cabin blast.

Sharon’s continued involvement with Adam will certainly keep her close to danger, which should be the undead Mr. Newman’s other nickname. But thankfully for Sharon, Rey is an experienced defender. He should be able to provide protection to his new significant other when (not if) he’s called upon to do so.

Rey’s emotions are raw. Considering what just happened with Arturo, Rey remains vulnerable. So he’s likely to misinterpret Sharon’s ongoing connection to Adam as being more than that unless ‘Shadam’ reignites for real.