As General Hospital viewers know, already in Port Charles! Margaux might complain that their efforts brought a Canadian copycat killer to Port Charles and that this is Canada’s problem, not Port Charles’!

But Laura will let her have it with both barrels, blaming her directly for the death of April Tremblay (uncredited actress) the woman who was helping Ryan in Toronto!

GH Spoilers– Is Kevin Going To Be Okay?

Margaux should realize that the office of Mayor trumps the office of District Attorney, and if she gets on the wrong side of Laura, especially if Ryan has succeeded in killing Kevin, who he knocked out, tied in a straightjacket and hung from stage rigging in the ballroom of the Metro Court during the time the Nurses’ Ball was going on, Laura will definitely be thinking that the DA needs replacing, and it might even put Laura over the edge!

General Hospital Spoilers: Jordan’s Life Is On The Line- Will She Find A Donor In Time?

It appears to be obvious in the preview for Thursday Laura had not been told what happened to Kevin yet, or else Kevin survived. If she does know about Kevin, blaming Margaux for April’s death will just be the start of it!

Then again, she may literally have just come in from Toronto and not know yet, although she certainly will be told as soon as Mac and Felicia (John J. York, Kristina Wagner) know she’s back. Scotty Baldwin (Kin Shriner) may advise her about Kevin as well, once he knows what has happened! 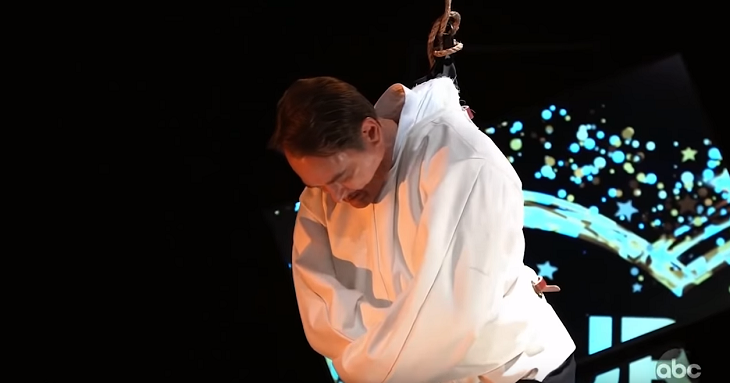 General Hospital Spoilers– Laura’s Confrontation With Margaux Will Be Intense

But, hopefully, Kevin has not hung up there long enough to die, as Ryan didn’t make a noose, he just put him in a straightjacket and hung him from a hook on the back of the straightjacket. Kevin may not be stiff, but he’ll probably be real stiff after being hung up there that long!

Still, Laura will be livid when she finds out that not only did Ryan kill April up in Canada, but he also hung Kevin literally out to dry, and she’ll be ready to hang Margaux out to dry!